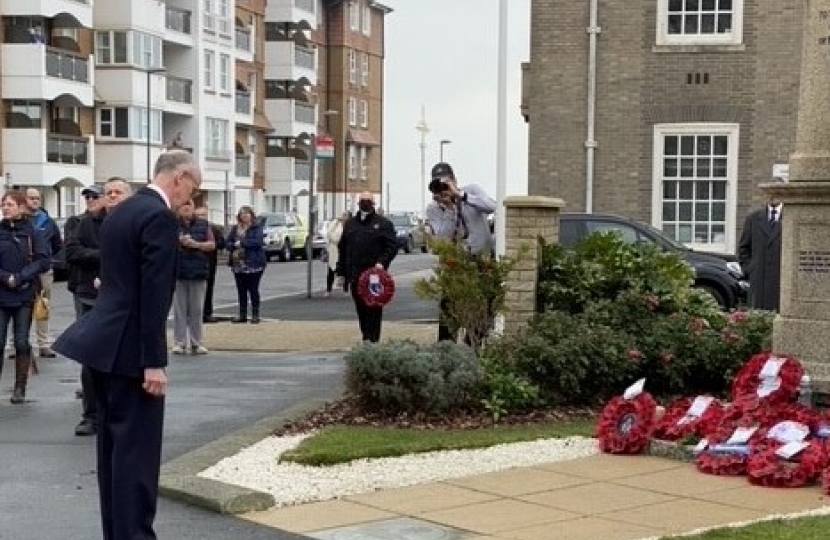 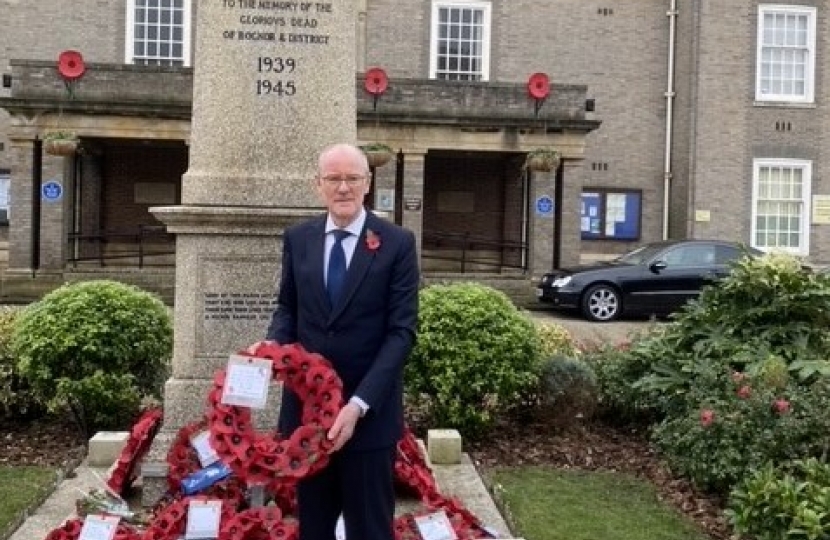 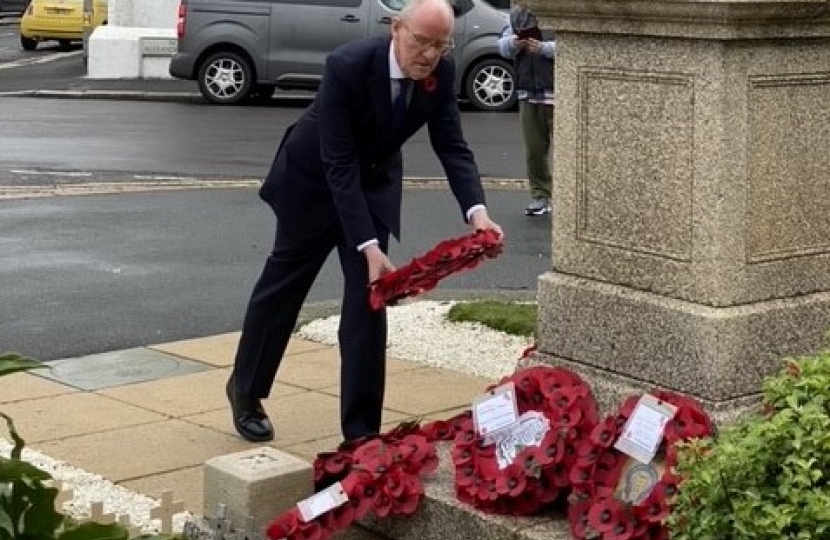 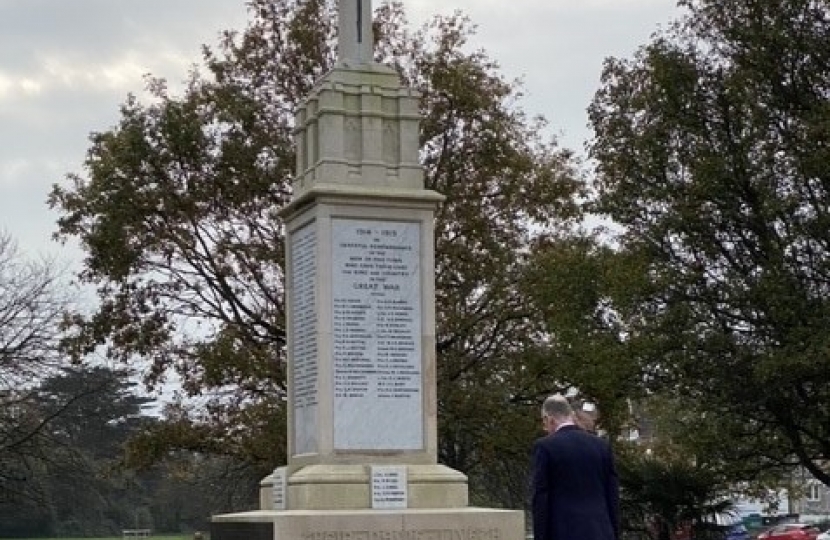 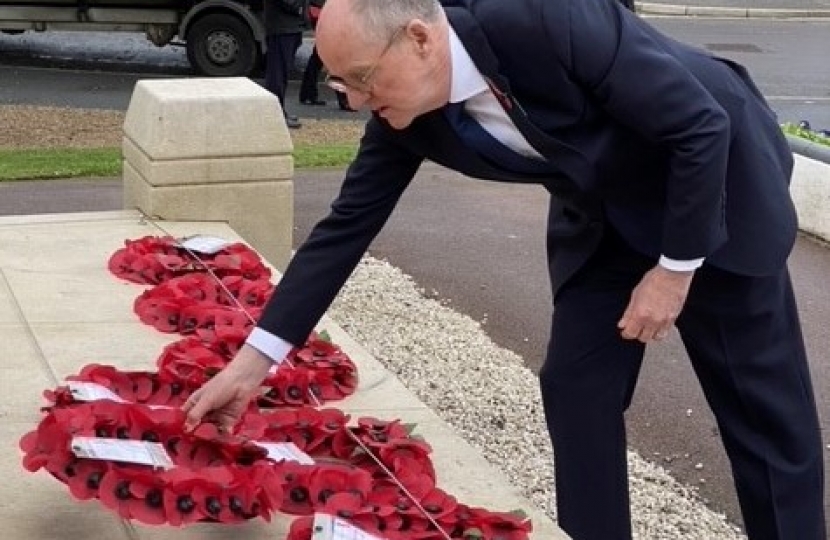 In Littlehampton, at 12pm, he joined the service conducted by Father Mark Williams for the Littlehampton Armed Forces Veterans Club (“The 72 Club”).

“As we struggle together in the face of the biggest crisis facing our country since the end of the Second World War, Remembrance Sunday is a time to pause and reflect on the battles fought by millions of brave men and women to protect our nation from invasion and tyranny. The freedoms we have today are the legacy of generations past who stood together in the face of crisis and war. We owe to those who sacrificed the potential of long and fruitful lives, our time and thoughts to remember and give thanks.”