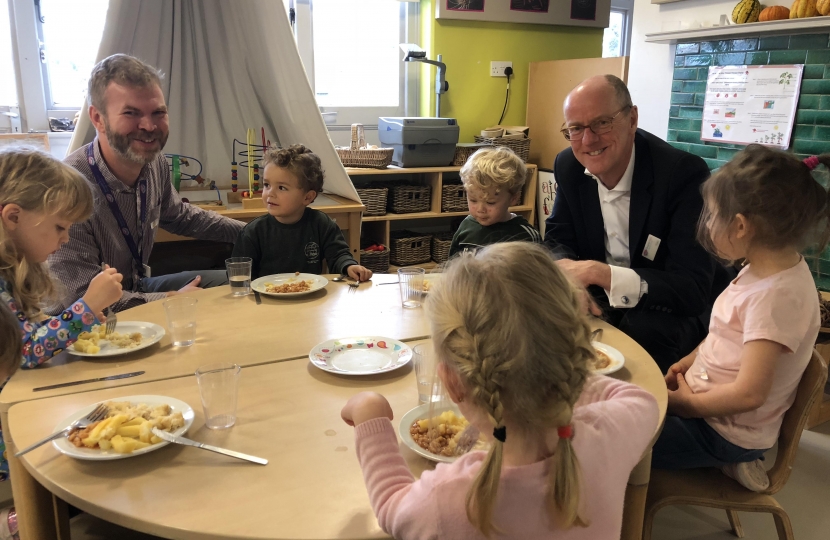 Head teacher Joe Knutson provided a tour of the facilities, including the opportunity to sit in on a class, where Mr Gibb listened to a round of story-telling composed and enacted by the children themselves.

Established in 1946, the Bognor Regis Nursery School provides education for children aged 3-5, while its Children’s Centre caters to those aged 0-3. Both components were rated as ‘outstanding’ in their most recent Ofsted reports.

Nick Gibb said, “It was a pleasure to visit the Bognor Regis Nursery School, to see their impressive facilities and hardworking staff. Thank you in particular to the children who let me sit in on their class. I was glad to see that dinosaurs have not lost their appeal!”

Photo: Joe Knutson with Nick Gibb and some of the children at the nursery school.