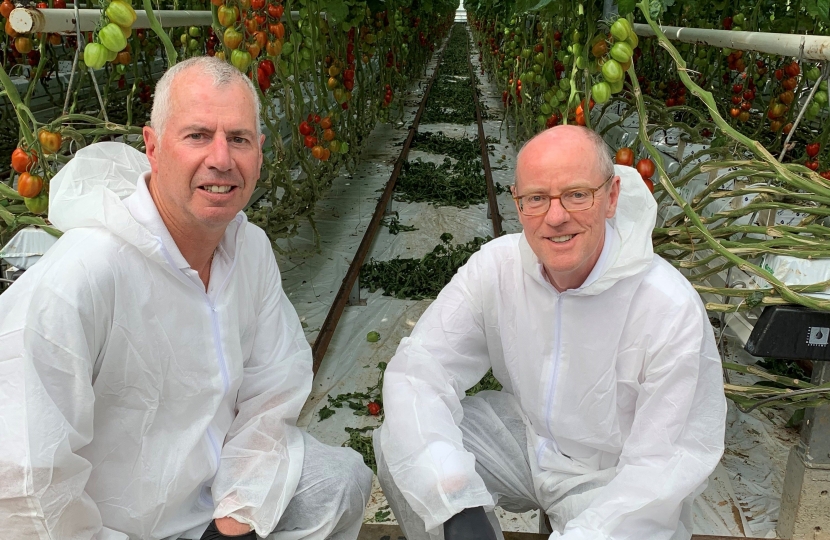 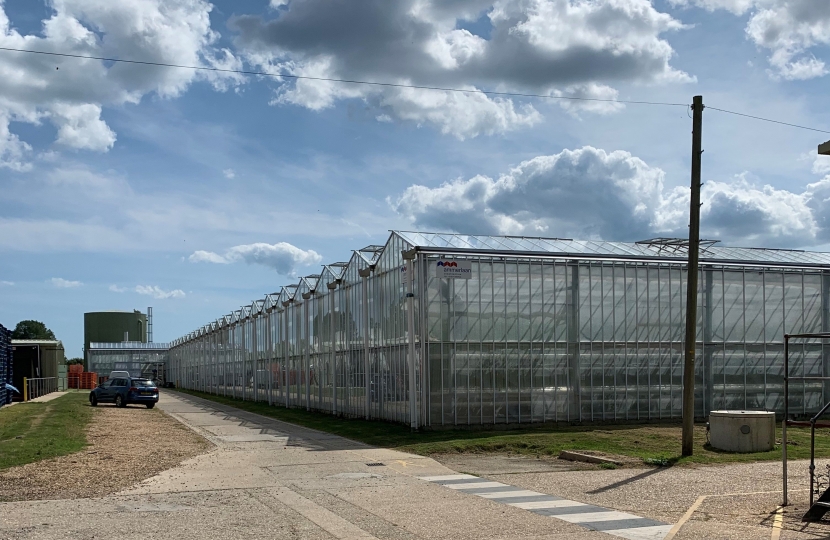 Eric Wall Ltd was founded in 1977 by Eric Wall. It is now run by Eric’s son, Chris Wall.

The company produces 4 million kilos of tomatoes a year, some 28 million packs in 11.5 hectares of land and glass houses. They supply Sainsbury’s, Waitrose and Lidl.

Nationally, tomatoes are a £850 million business, up from £720 million two years ago. Across the Arun and Chichester area, about 10,000 people are employed in horticulture.

“We can be proud that the combination of our climate and the cumulative expertise that has grown up over the years, has resulted in this area producing a significant proportion of our domestically grown tomatoes.”