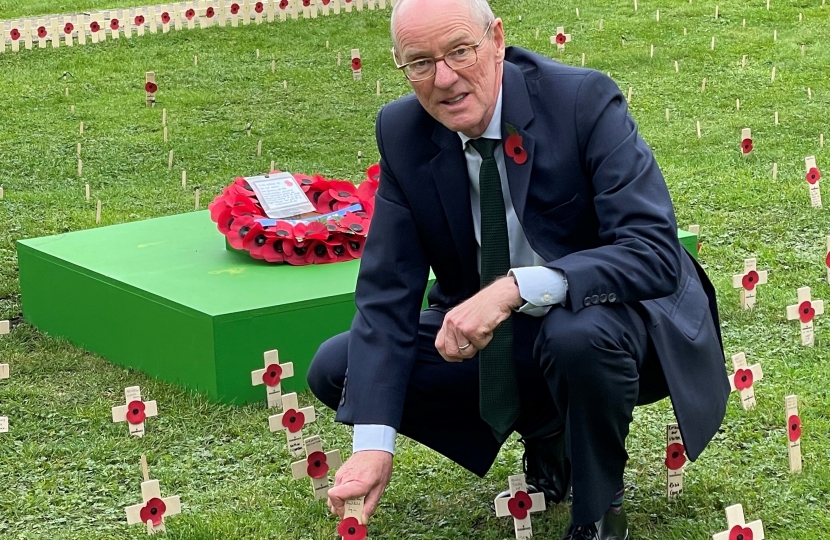 Nick Gibb MP planted a cross and poppy in the House of Commons Constituency Garden of Remembrance on behalf of the people of Bognor Regis and Littlehampton to mark the 100th anniversary of the founding of the Royal British Legion.

Mr Gibb wrote on the cross the name of the Bognor Regis branch of the Royal British Legion.

Nick Gibb said: “More than a century after the end of the First World War our country continues to mark and commemorate those who gave their lives in defence of our country and of our freedoms.

“This Sunday outside the Bognor Regis Town Hall and in front of the war memorial, we will come together as a town to remember those to whom we owe so much. Each year that I have attended the Remembrance Service the number of people who take part seems to grow.

“We all owe thanks and respect to all those men and women who today serve in our armed forces.”