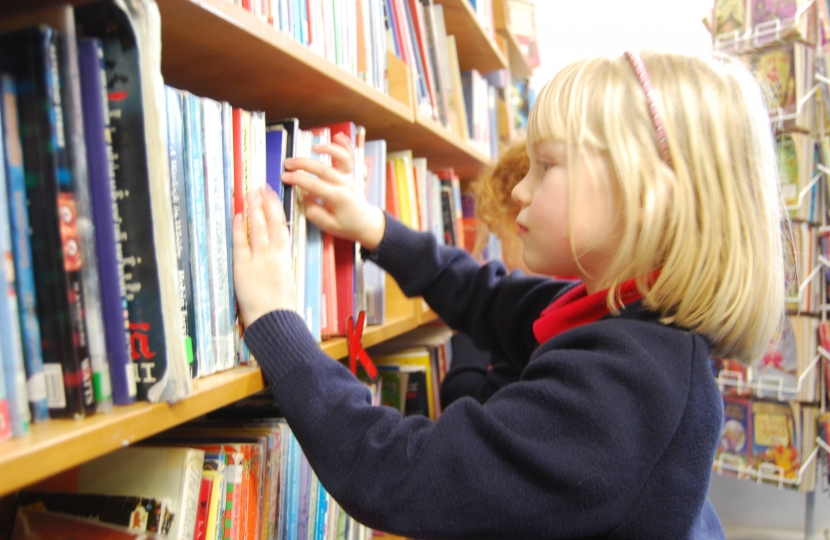 Not being able to read accurately and fluently is a crippling barrier to achievement, but one that need not exist. And too often, pupils from the poorest backgrounds suffer most, which is an affront.

That is why one of the cornerstones of education policy since 2010 has been the introduction of evidence-based reading instruction to primary classrooms.

By encouraging teachers to use phonics – where pupils are taught to read by breaking words down into their component sounds – the government is getting closer to a time when all pupils are reading fluently and accurately by the age of 6.

In 2012, the government introduced a simple reading test for six-year- olds. Known as the ‘Phonics Screening Check’, it is taken by all Year 1 pupils in June each year. Pupils read as many of 40 simple words as they can to their teacher. The expected standard is 32 correctly read words.

In 2012, just 58% met that standard. Figures out today show 155,000 more six-year- old children are on track to become fluent readers compared to 2012, with 81% of pupils passing the Phonics Screening Check this year.

Thanks to the hard work of teachers and head teachers, and to the government’s evidence-based education reforms, 6 year olds are reading better than ever before.

And those pupils who don’t reach the standard in Year 1 take the Phonics Check again in Year 2, with 92% of seven-year- olds reaching the standard.

The new more rigorous primary national curriculum ensures that all children are taught an academic curriculum, allowing all pupils – whatever their background – to achieve their potential. Earlier this year, we saw the proportion of 11 year old reaching the expected standard rise by 8 percentage points.

New figures released today show that the proportion of 7 year olds reaching the expected standard has increased across the 3Rs.

And this summer we saw secondary schools rise to the challenge of the new harder GCSEs in English and maths.

The education system is beginning to reap the rewards of our reforms. Not only have we raised standards, but the attainment gap between disadvantaged pupils and their more affluent peers has shrunk for 11 year olds and 16 year olds by 9.3% and 7% respectively.

At times, implementing these much-needed reforms has been challenging for our teachers. Teachers and headteachers have managed superbly and should be thanked for everything they have done to improve our education system and the life chances of their pupils.

Teachers and headteachers understood that the pre-2010 status quo – marked by a stagnation in standards masked by artificial grade inflation – could not be allowed to continue.

Now, wherever possible, the government is determined to provide schools with stability, so that teachers can do what they do best.

But there is more to do for the very youngest pupils. It is crucial that all pupils leave the Reception class ready for Year 1. As Justine Greening made clear this weekend, the government is determined that all children, whatever their background, should have the rich vocabulary needed to fulfil their potential at school.

As we said in our manifesto, the government will strengthen the teaching of literacy and numeracy in the early years so that all pupils – regardless of background – get the best possible start in life.

We want all pupils to have a rich vocabulary, developed by learning songs, stories and rhymes with their classmates and being read to daily from a range of interesting children’s books.

Equalising opportunity by spreading the best early years literacy teaching to all pupils is the final step in our reading revolution. With the help of teachers and headteachers around the country, we are raising standards and spreading opportunity to all pupils, whatever their background and wherever they are from.

This article appeared on telegraph.co.uk on 28 September 2017.  To read the original article click here.