Boost to get more top professionals into teaching 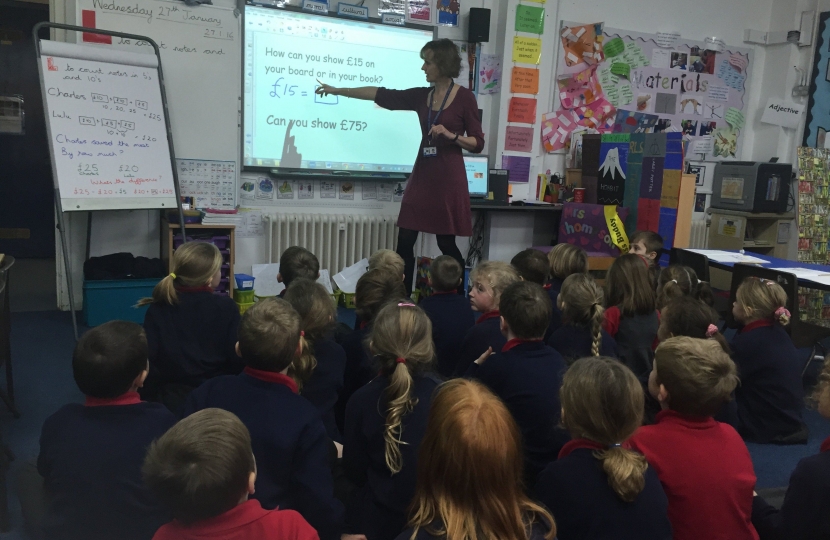 A scheme to encourage the best experienced professionals to swap the boardroom for the classroom is to be backed by government funding to expand into Hastings, School Standards Minister Nick Gibb has announced today (5 January).

Now Teach – a charity set up to help people put skills acquired during a successful career to use in the classroom – has encouraged nearly 50 talented professionals to change their lives and retrain as a teacher in maths, science and modern foreign languages.

The £350,000 investment announced today will help the charity to drive this work forward, focusing on recruiting people from leading careers and sharing their skills in key subjects – with recruits to date including a former NASA scientist, a hostage negotiator and the head of a hospital trust.

It is part of the government’s plan to ensure that all schools can attract the teachers they need to give every pupil a world-class education. It builds on initiatives such as the Maths and Physics Chairs Programme, which recruits post-doctoral researchers into teaching.

There are now a record number of teachers in our schools – 15,500 more than in 2010 – but we want to continue exploring every opportunity to attract the best and brightest into the profession.

Great teachers are at the heart of our plans to ensure every young person reaches their potential, and the expertise that these experienced professionals have can be put to great use in the classroom, teaching pupils valuable knowledge and skills.

Many existing recruits have been inspired by its founder, former Financial Times journalist Lucy Kellaway, who this year re-entered the classroom at the age of 57 to become a maths teacher at Mossbourne Community Academy in Hackney.

We are delighted that the government is contributing to Now Teach to help us during our second year. We look forward to working closely with the Department for Education in years to come.

The package of funding will allow Now Teach to move into Hastings, one of the Department for Education’s Opportunity Areas, to attract a broader range of successful professionals into schools and to explore other areas of the country to extend its reach – and Now Teach will host a launch event at Hastings Pier on Saturday, 20 January for interested would-be teachers.

Today’s announcement builds on a number of measures to recruit and retain high-calibre teachers, including a £75million investment in teachers’ professional development and a further £42million for training announced in the Budget.

In addition, the Government has also announced: