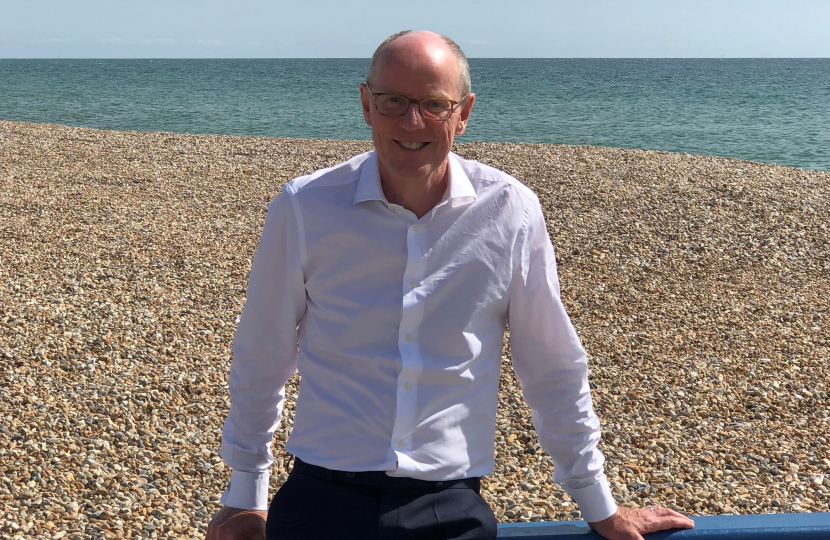 Last week I declared my support for Rishi Sunak and I wanted to explain why I believe he is the right person to be the Conservative Party leader and next Prime Minister.

I’ve known Rishi since he was first elected; he is one of the nicest and most genuine people I have worked with in the House of Commons. I have huge respect for his intellect and ability to get things done but, most of all, for his character. He is honest, straightforward and consistent. He’s inquisitive, open to new ideas but strong in his Conservative beliefs. This is why he has been such a successful policy maker, Minister and Chancellor of the Exchequer.

As he demonstrated during the Covid crisis, he thinks very quickly and flexibly, putting in place the Furlough Scheme within days of the pandemic hitting our country. That swift action saved millions of businesses and jobs and ensured people had an income during lockdown.

He has also acted with speed to help people with the cost of fuel bills and the rising cost of living. Rishi is a true Conservative who believes in low taxes. He has already cut some taxes for working people and he will cut taxes again in the future – but he will do so responsibly, recognising the importance of tackling inflation, which causes such damage to living standards and to the economy. In this he echoes the approach of Mrs Thatcher. He’ll tackle inflation now and bring down taxes when it is safe to do.

Rishi has been a consistent supporter of Brexit. He backed the Leave campaign and will make sure our economy benefits from the opportunities that Brexit brings. He is strong on law and order and on maintaining control of immigration.

I worked alongside Rishi when I was schools minister and I know his passion for continuing the Government’s school reforms as well as the strength of his very personal commitment to the health service and to ensuring it delivers for patients.

My experience of Rishi is that he’s a team builder. I am confident that he can unite the Conservative Party and the country. I believe that he is the candidate who gives the Conservatives the best chance of winning the next General Election. The polling evidence on this point is overwhelming.

This is now a decision for every member of the Conservative Party who I know will take this matter as seriously I do and ensure we have the best possible party leader and Prime Minister for our country.

My support for Rishi Sunak

Rishi Sunak is a serious politician with answers to the big challenges facing Britain.

He's ready to lead and has a clear vision for building a fair, competitive and low tax economy.  He offers a fresh start for our Party and Country.