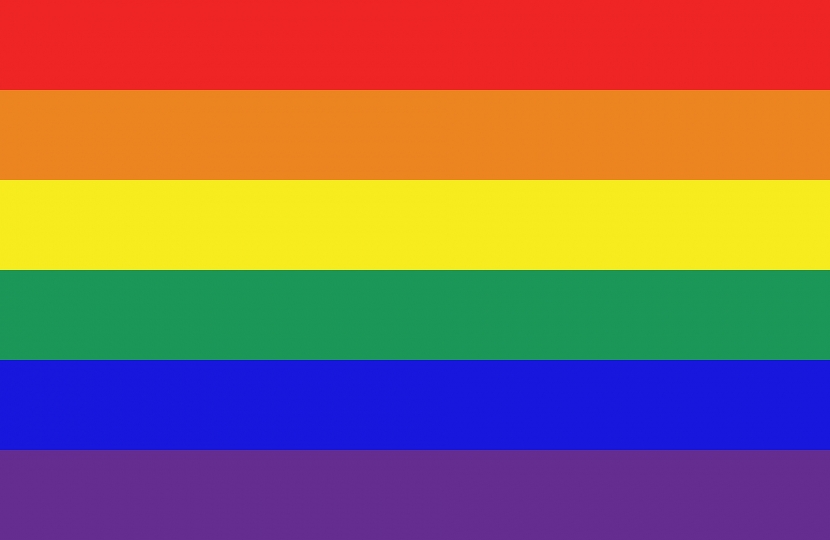 This weekend hundreds of thousands of people will be attending Pride in London – a celebration of how far society has come.

In a city with such a large LGBT population, it is wonderful that people of all sexual orientations, gender identities and backgrounds are coming together to take a stand for equality.

This year will be a particularly special moment for me, as it will be my first Pride in London as Equalities Minister.

I am honoured to take on this new role and I am committed to delivering greater equality for LGBT people. I am determined to root out and challenge prejudice and discrimination wherever its last vestiges remain.

The UK has already come a long way. In 2015, I married my husband who I have been with for over 30 years. Michael and I had no idea what a difference it would make.

Marriage for same-sex couples has only been possible recently, but in the first 15 months since we introduced the legislation in 2013 more than 7,000 other couples also exchanged their vows.

Since then there have been further milestones. We introduced Turing’s Law earlier this year, pardoning gay and bisexual men for now abolished sexual offences. Although this act can never undo the hurt caused, it was a momentous moment and helped to right this historic wrong.

And following the general election, we now have the most LGBT-diverse Parliament in the world.

Soon we will be celebrating 50 years since the partial decriminalisation of homosexuality in England and Wales, which is a reminder of the progress made. But there is more to do.

As Schools Minister, I have taken steps to ensure that homophobic, biphobic and transphobic (HBT) bullying is stamped out. We need to change the use of the word ‘gay’ as a pejorative term by children.

Bullying of gay, lesbian and trans pupils can lead to children feeling isolated and alone when they most need the support of close friends.

That is why we are putting £3 million into a programme to educate young people about LGBT issues, which will help tackle HBT bullying.

We are also updating the guidance for Relationships and Sex Education, so it addresses the challenges that young people face today and ensures they have healthy relationships.

I am also committed to looking at what can be done to ensure LGBT people of all ages feel included within society and are protected from discrimination.

Last year, we committed to reviewing the Gender Recognition Act to see how we can streamline and de-medicalise the process.

There is further to go, but today is a chance to come together and celebrate what we have achieved so far. I hope everyone attending Pride in London has a great day.

To read the original article in Gay Times, click here.