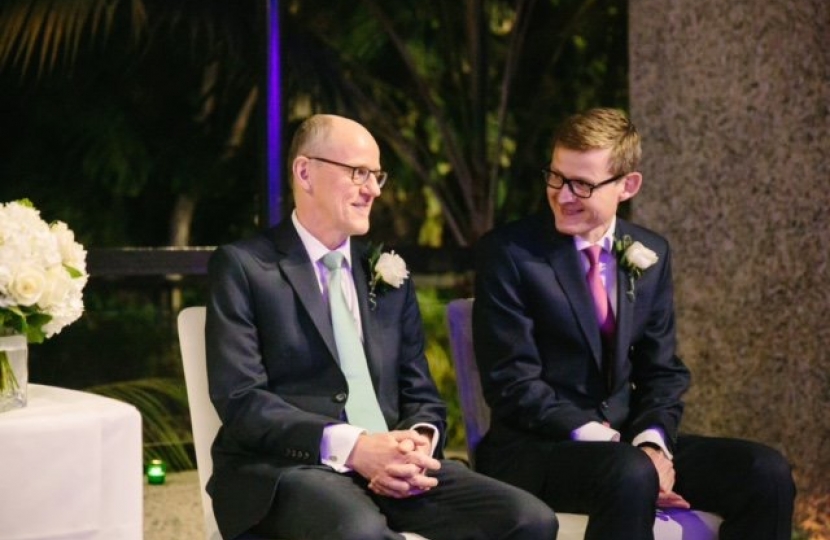 On Saturday 8 July, hundreds of thousands of people attended the London Pride Parade, one of the many celebrations throughout the summer and across the UK in support of the LGBT community. The theme for this year’s Pride festival was ‘Love Happens Here’; an excellent way to describe the gathering of so many people of all backgrounds, sexual orientations and gender identities, marching in unity and for equality.

The best way to achieve equality is through education. That is why I am honoured to take on the role of both minister for school standards and minister for equalities. I am committed to delivering greater equality for LGBT people and I am determined to root out and challenge prejudice and discrimination wherever its last vestiges remain.

As schools minister, I have taken steps to ensure that homophobic, biphobic and transphobic (HBT) bullying is stamped out. I know that schools have made great strides in this area, but we need to do even more; we need to change the use of the word ‘gay’ as a pejorative term by children.

Gay, lesbian and trans pupils need to feel the support of close friends. Bullying can lead to feelings of isolation, which is why we are putting £3 million into a programme to educate young people about LGBT issues, which will help tackle HBT bullying.

I recently visited a school in London, which has already been supported by government, to promote a culture of LGBT acceptance in the classroom. I know many other schools are gearing up efforts, but this is something that all teachers can play an important role in addressing. We are also updating the guidance for sex and relationships education to ensure young people grow up to have healthy relationships regardless of gender identity or sexual orientation.

This year’s Pride also marked 50 years since Parliament first voted to partially legalise homosexuality, and is an important reminder of how far we have come. Thanks to recent changes in the law, same-sex marriage is now possible. And in 2015, I married Michael, my partner of more than 30 years. We had no idea what a difference it would make.

There have been further milestones. We now have the most LGBT-diverse parliament in the world. There are now 45 openly gay, lesbian and bisexual MPs representing their constituencies in the House of Commons. This year, we introduced Turing’s Law, pardoning gay and bisexual men for now-abolished sexual offences. Although we will never make up for the hurt caused and the lives ruined, this defining decision has helped right historical wrongs, as well as making clear that LGBT issues will not be forgotten.

But there is much more to do. Justine Greening, as the education secretary and minister for women and equalities, has made clear that we need to continue the debate about LGBT rights. I look forward to working with her to ensure that young gay, lesbian and trans men and women can celebrate their love and live happy, fulfilling lives.

This article appeared on TES.com on 1 August 2017.  You can read the original article here.