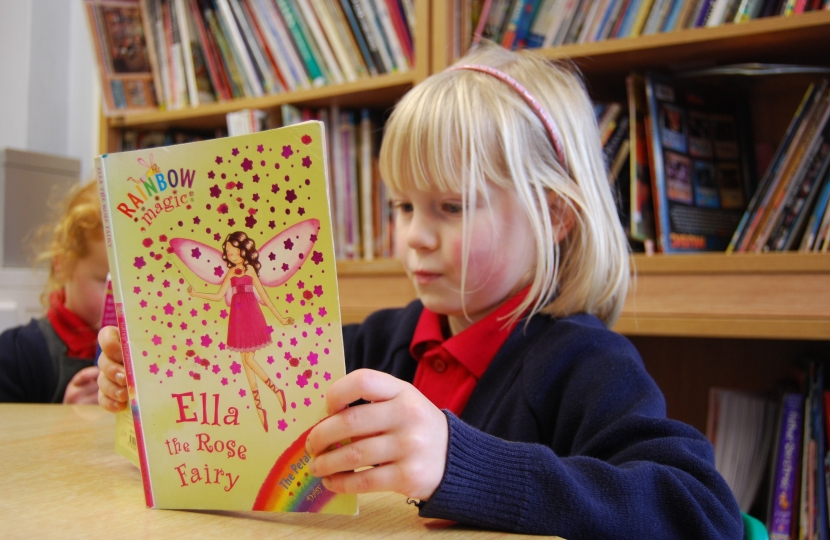 Figures out today show 155,000 more six-year-old children are on track to become fluent readers compared to 2012.

The Phonics Screening Check, is taken by all Year 1 pupils across the country in June. As part of the check, pupils are asked to read as many of 40 simple words as they can to their teacher.

By encouraging teachers to use phonics – where pupils are taught to read by breaking words down into their component sounds – the government is getting closer to a time when all pupils are reading fluently and accurately by the age of six.

Those who did not reach the standard in Year 1 took the Phonics Check again in Year 2, with 92% of seven-year-olds then reaching the standard.

Alongside the results of the Phonics Screening Check, the department has also published national data for Key Stage 1 (KS1), showing that the proportion of 7 year olds reaching the expected standard has increased across reading, writing and maths.

We want every child to reach their potential and this means ensuring all pupils can read fluently by the time they leave primary school.

Thanks to the hard work of teachers across the country, and this Government’s continued focus on raising standards and increased emphasis on phonics, 6 year olds are reading better than ever before. Today’s results show there are now an additional 155,000 six-year-olds on track to becoming fluent readers. This is a huge achievement, improving the lives and education of hundreds of thousands of children.

But there is more to do for the youngest children which is why, as we said in our manifesto, we will strengthen the teaching of literacy and numeracy in the early years. We are determined that all children, whatever their background, should have the rich vocabulary needed to fulfil their potential at school.