Resist the ‘progressive’ attack on phonics 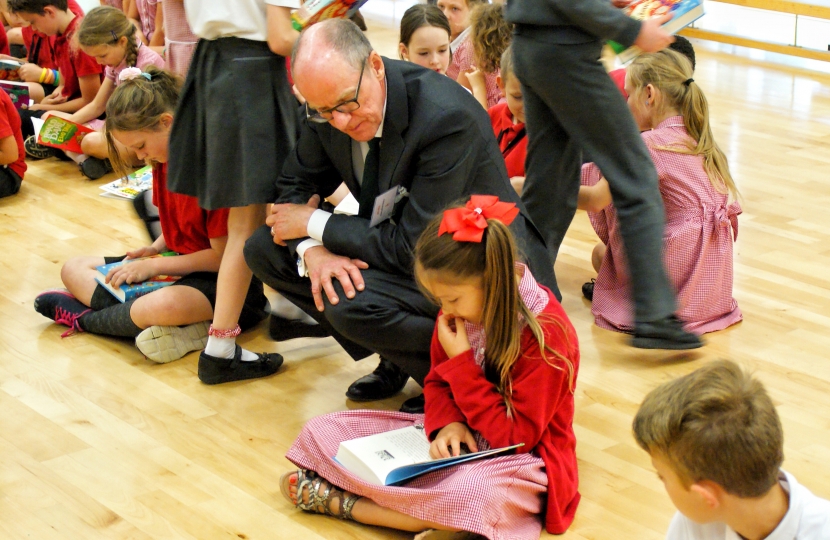 I always feared that, when I stopped being a minister at the Department for Education, the proponents of “progressive” education would begin their counterattack. The school reforms that so successfully helped raise academic standards over the last decade have been achieved by a relentless challenge to the prevailing orthodoxies beloved of education professors, local authority advisers and others in the “education establishment”.

At the heart of their analysis lies opposition to testing and exams; a belief that children learn best through self-discovery rather than by direct teaching from a teacher; a dislike of discipline; and a fixation on what they call “learning how to learn” instead of the primacy of imparting knowledge. And most damagingly, adherents of “progressive” education believe that learning to read through phonics is a boring abomination. As schools minister for nearly 10 years, I often felt like the boy with his finger in the dyke, resisting on an almost daily basis pressure to water down our reforms or introduce measures that the evidence was clear had failed children in the past.

Despite expecting the counterattack, I have been taken aback by its speed and by the number of fronts on which the establishment is fighting: the campaign to abolish GCSEs; The Times Education Commission with its clear (to me at least) anti-reform agenda; the 600 page tome from the educationalists Tim Brighouse and Mick Waters published this month which argues against the very changes to the curriculum, assessment and accountability that have been central to raising standards.

The most recent attack came last week with the publication of a report by two academics from the Institute of Education criticising the Government’s focus on systematic synthetic phonics and the requirement that phonics is taught “first and foremost” in the first years of primary school. Phonics is about teaching children the sounds of the alphabet and how to blend those sounds into words. Our reforms were based on evidence from the Clackmannanshire Study published in 2004 and from the huge US National Reading Panel study published in 2000 which conclusively showed that systematic phonics is the most effective method of teaching children to read.

Despite the evidence, last week’s report is critical of phonics “first and foremost” and argues for a “Whole Language” approach through which children learn whole words on sight with the expectation that they will gradually be able to recognise letter sounds. There is no evidence that Whole Language approaches work. There is ample evidence of the effectiveness of phonics.

The IOE report has been heavily criticised by teacher-bloggers. Tom Bennett, founder of ResearchEd, tweeted that the IOE research was, “sadly, rubbish. Sad, because it will lead to more educators being misled into practices that will hold many children back.” Greg Ashman, a British teacher now living and working in Australia, criticised the authors’ selective use of research which presented “a strong risk of bias in their findings”. He also pointed out that the Report’s use of the 2006 PISA study in its analysis of the reading comprehension of 15-year-olds was flawed since when those children were taught to read, phonics was not in widespread use in England’s primary schools.

Perhaps, what is most revealing about the IOE report is in its concluding paragraph, which argues that “it is not appropriate for governments and their individual ministers of education to have the power to directly control curriculum and pedagogy.” As Mr Ashman so rightly asks: “Who should have this power? Presumably some unaccountable committee made up of education professors. I disagree. I would rather be able to vote out those who impose educational failure on our children.”
The promotion of phonics in the teaching of reading in primary schools has been one of the most successful reforms introduced by Conservative-led governments since 2010. In the 2016 international PIRLS study of the reading ability of 9-year-olds in 50 countries, England rose from joint 10th place in 2011 to joint 8th. The rise was attributed to the improved reading of boys and lower performing children.

The counterattack has begun. To win this battle, ministers must engage with the argument and maintain a clear focus on the curriculum and on how it is taught. Along with structural reforms and the academies programme, that is how we have transformed the life chances of so many children since 2010. It is the only way we will be able to complete our mission to transform the life chances of every child throughout the country.

This article appeared in the Telegraph on 26 January 2022.  You can see the original article here.