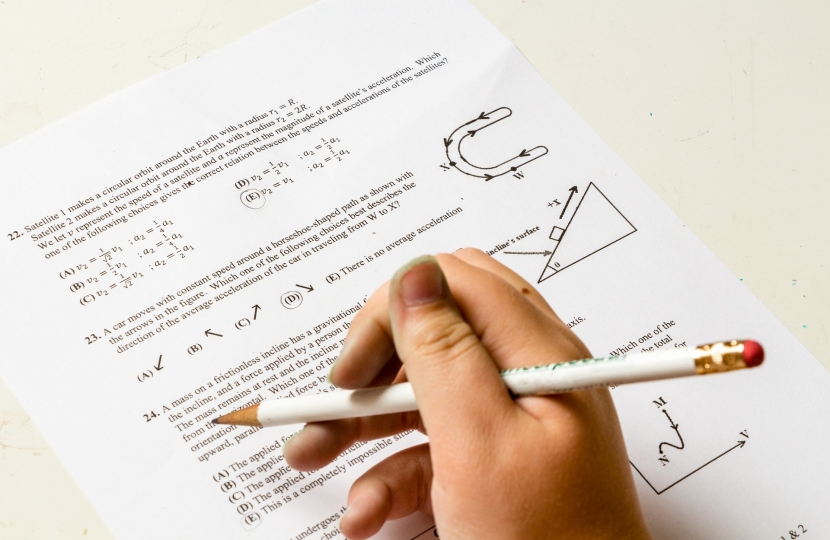 A £16 million investment to increase the quality of teaching in post-16 maths is part of major drive to see more students studying the subject after GCSE and ensure Britain’s future workforce can compete in the global marketplace post Brexit.

Following a government-commissioned review by Professor Sir Adrian Smith about how to improve 16-18 maths education in England, Education Minister Nick Gibb has set out a series of actions to increase participation.

The introduction of a more rigorous maths curriculum, new AS and A level maths qualifications and high quality “core maths” qualifications are ensuring more young people are leaving education with the skills they need to secure their first job, an apprenticeship or go on to further study.

While maths continues to be the most popular subject at A level, with 88,000 entries in 2017, up 3 per cent on last year, almost three quarters of students with an A*-C in GCSE maths at age 16 choose not to continue studying the subject.

In his review, Sir Adrian makes a strong case for the value of maths skills for all students, whichever route they take. He highlights, however, a number of challenges that need to be addressed in order to drive up participation, including tackling the negative perceptions of maths. He has called on government, employers, universities, schools and colleges to take action so that more students choose to study the subject post-16.

Today’s £16 million announcement will boost the capacity of schools, colleges and universities to deliver good quality teaching for post-16 maths courses including Core, A level and further maths.

A high-quality mathematics education provides young people with the knowledge and skills to secure a good job and to succeed in whatever path they choose.

We are already making progress with a more rigorous curriculum and this summer we will see young people collecting results in our new GCSEs, which are benchmarked against the best in the world.

There is, however, more to do to, particularly as we prepare to leave the European Union and compete globally. Sir Adrian’s review will help us focus our efforts and today’s investment is the first step on that vital journey.

As well as the investment in teaching, immediate action is already being taken in response to a number of the report’s recommendations including:

I was delighted to conduct this review. There are compelling arguments for raising participation in students taking mathematics after the age of 16 and to improve skills at all levels. Increased participation could deliver significant payback for individuals, for the economy and in increased productivity. To achieve this will take effort, funding and a range of interventions from government that must be co-ordinated with other bodies.

The government has already announced plans to transform technical education in England, this includes developing new T levels, backed by £500 million of government investment announced in the budget, which will help deliver a world-class skills system which spreads opportunity for individuals and drives economic growth.

In addition to the immediate actions announced today, the government will consider the report carefully and will set out further details in due course of how it intends to address the range of recommendations outlined in the review.

We welcome Sir Adrian Smith’s review of post-16 mathematics and look forward to working with the Department for Education and the Institute for Apprenticeships to increase access to and participation in maths.

Mathematics skills are necessary to a wide variety of disciplines and we welcome the government’s recognition of their importance and commitment to improving opportunities in schools and colleges.

Adrian Smith’s recommendations represent a positive step towards enabling the UK to rise to the challenge of becoming a data-literate nation. They will contribute to the cultural and structural changes within the education system which are required to enable quantitative skills to flourish at all levels to meet the diverse needs of society and the economy.