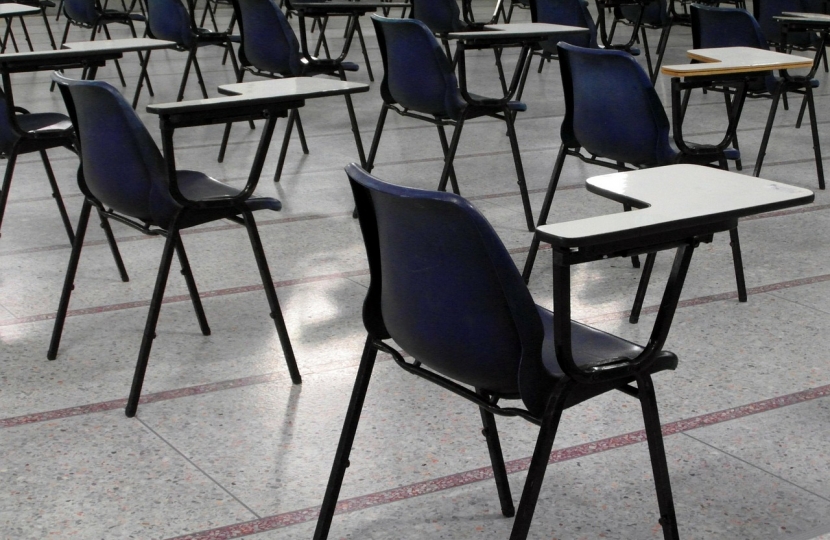 With permission Mr Speaker, I will now make a statement on Key stage 2 tests.

Last night the department was made aware of an issue with the KS2 English grammar, punctuation and spelling test. The test, which is being administered by primary schools today, was mistakenly uploaded a day early onto a secure website by Pearson. Pearson is the external marking supplier contracted by the Department for Education to mark the tests.

At this stage, we know that the test was mistakenly uploaded at around 5 o’clock yesterday evening. This was onto a secure site, not accessible to anybody without prior approval from Pearson. Pearson was informed that the test was on their site by markers during the course of the evening and they removed the material from the site at 9.01pm. The department was separately alerted to the situation at around 9.30pm by the media and we immediately made contact with Pearson to establish the facts. During the short period that the materials were live, Pearson’s records show that 93 markers – all with the appropriate clearance – accessed the material.

It is worth emphasising that the only people with access to the site are contracted markers, all of whom are under a contractual obligation not to share sensitive information.

Clearly, in this system, it is essential that people in positions of trust can be relied on to act appropriately. Unfortunately, in this case, it appears that one person did not, and leaked the KS2 English grammar, punctuation and spelling test to a journalist.

I have spoken to Rod Bristow, President of Pearson UK, this morning to ask for a full explanation of how this mistake occurred. He has accepted full responsibility for this error and has committed to investigating the matter quickly and fully.

Specifically, I have asked Rod Bristow to look at two issues.

First, how did the material come to be uploaded a day early onto the secure site in error? This was clearly a mistake which should not have been possible.

Second, I have asked that all records are examined and all information interrogated so that the culprit who leaked this sensitive information can be identified.

I am satisfied that Pearson understands the seriousness of the issue and of the need to take action quickly to provide clear and unequivocal answers to these two questions.

Once I have this information, I will consider what action it may be appropriate to take. I will explore the full range of options available to the department, including looking at contractual and other routes to seek redress.

I would like to reiterate that we have no evidence to suggest that any sensitive information entered the public domain before children started taking the test today, and the tests are going ahead as planned. My officials were monitoring social media and other platforms through the night and found no sign of materials being made available. The journalist in question took the decision not to publish the test papers and I am grateful to him for that.

Although this is a serious breach – and I am determined to get to the bottom of how this error occurred – it is clear that the actions of almost every marker involved have been correct and proper, and that the integrity of the tests has not been compromised.

Teachers and schools should have confidence in both the content of the tests and the processes underpinning the administration of the tests in schools, and the subsequent marking.

I would like to make a few comments about the wider context of primary assessment.

I acknowledge that there have been errors in the administration of tests this year. Whilst it is important that we address those, they should not detract from the central importance of testing in the life of a school. Tests are an appropriate and essential way for us to understand how well schools are doing, and where more support needs to be targeted so that every child is given the best possible opportunity to succeed throughout their time in school and to get the best preparation for adult life.

We have taken clear action to strengthen the primary curriculum, to ensure that children today are being taught the fundamentals of literacy and numeracy that are vital for future success.

There are some who say that tests are inherently wrong. That we shouldn’t test children. That we are creating a regime that is overly stressful.

Testing is a vital part of teaching: it is the most accurate way – bar none – that a teacher, school or parent can know whether a pupil has or has not understood vital subject content. What is more, the process of taking a test actually improves pupil knowledge and understanding.

As such, testing should be a routine and normalised part of school life. When the time for national curriculum assessments comes around, pupils should be entirely accustomed to the process.

I would like to finish by reiterating that the Key stage 2 English grammar, punctuation and spelling test remains valid and is going ahead as planned. Teachers, schools, parents and others should have confidence in the test, and it will remain part of the primary assessment system.

I commend this statement to the House.