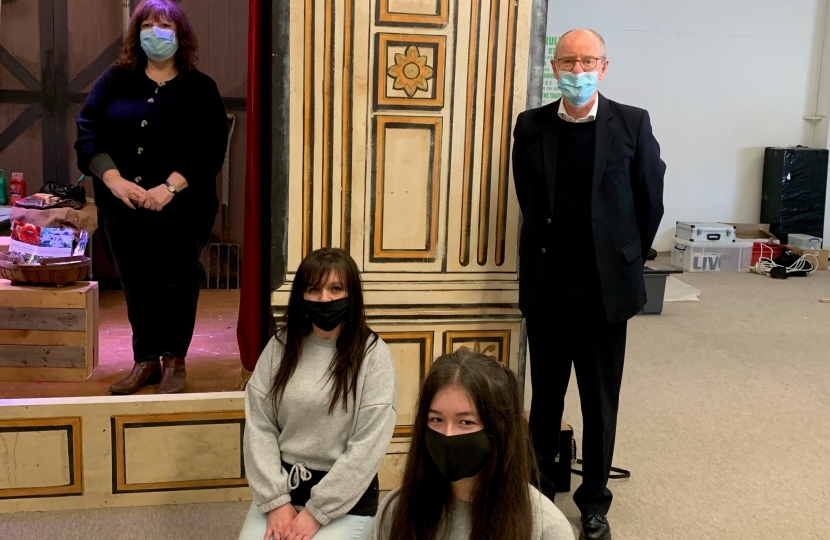 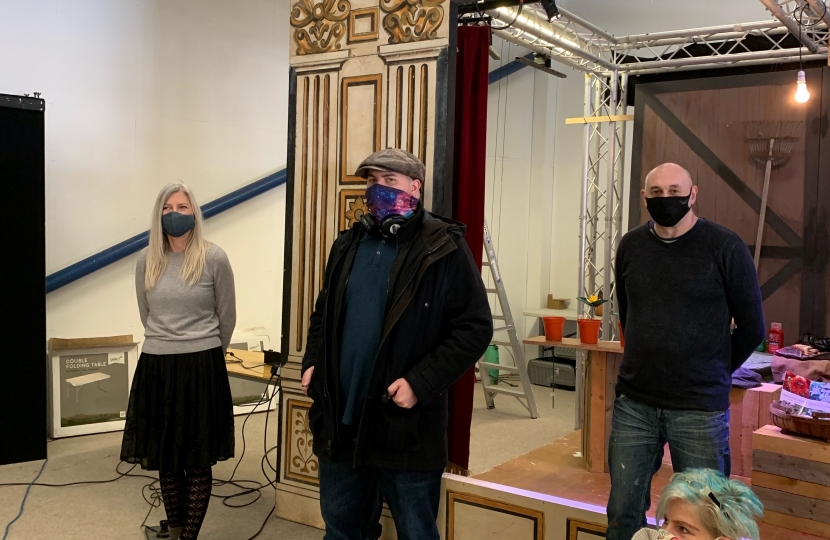 The group of people Mr Gibb met had just completed a children’s video about nature and the garden.

The premises are the former Reynolds showroom in Longford Road, Bognor Regis, now operated as a training centre by ‘The Bognor Makerspace CIC’, also directed by Hilary Strong, with premises shared with the Aldingbourne Trust. The centre also provides lessons in maths and English.

Nick Gibb said: “The idea of training people in vital employment skills through the medium of theatre and film is highly effective. The children’s video I saw was very professional and educational, introducing young children to the vocabulary of nature, from caterpillars to tadpoles, and from Red Admiral butterflies to frogs, with visual techniques you might see in some of the best made children’s television.

“The training centre is still in its early days but, with the fallout from Covid, it is set to be in great demand as people confined to their homes during lockdown seek reintroduction to the labour market. I wish Hilary Strong and her impressive team every success with this important venture.”

2. Another of the sets for the children’s video.

My advice to my successors at the Department for Education

Just before the 2010 general election, I visited a school in north London to see children being taught to read. One nine year-old girl was unable to read a single word unaided. Her reading book had words in it such as “Tyrannosaurus” and yet she struggled to read the word “even”.