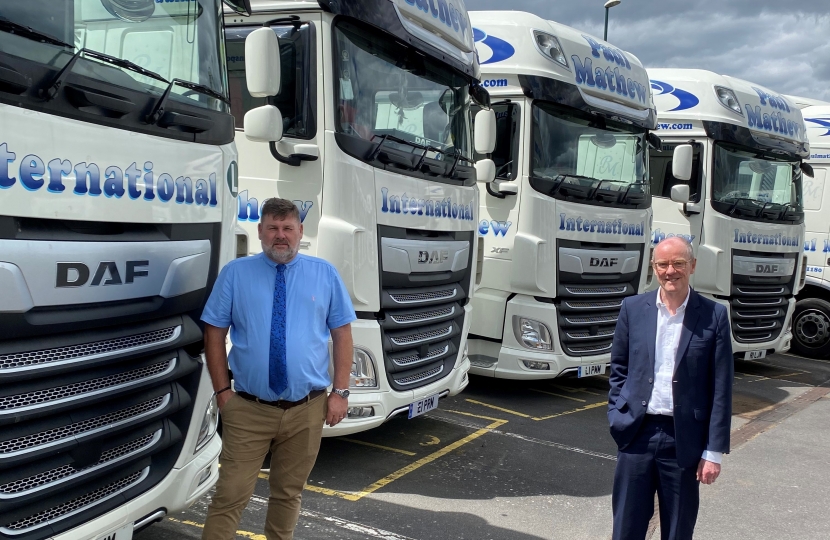 Nick Gibb visited the headquarters and depot of Paul Matthew Transport Limited on the Southern Cross Trading Estate in Bognor Regis, at the invitation of Paul Matthew, founder and director of the company. The visit followed the announcement on 5 July of a £1.57 billion support package for the theatre sector.

“The Government’s announcement of a £1.57 billion support package of grants and loans for cultural, arts and heritage institutions is hugely welcome and will help to ensure the survival of these important organisations during these difficult months when theatres and concert halls are closed.

“Those companies which supply theatres, such as Paul Matthew Transport, depend on the reopening of theatres for a renewal of their business. I have, therefore, written to the Secretary of State for Digital, Culture, Media and Sport, Oliver Dowden, welcoming the £1.57 billion package of support for theatres and other cultural organisations and also asking him to all he can, subject to the advice of the scientific advisers, to bring about the reopening of theatres as soon as it is safe to do so.”

Paul Matthew Transport has 200 trailers and 50 trucks. They employ 50 drivers, 4 mechanics and 8 office and management staff. They were founded by Paul Matthew in 1980.