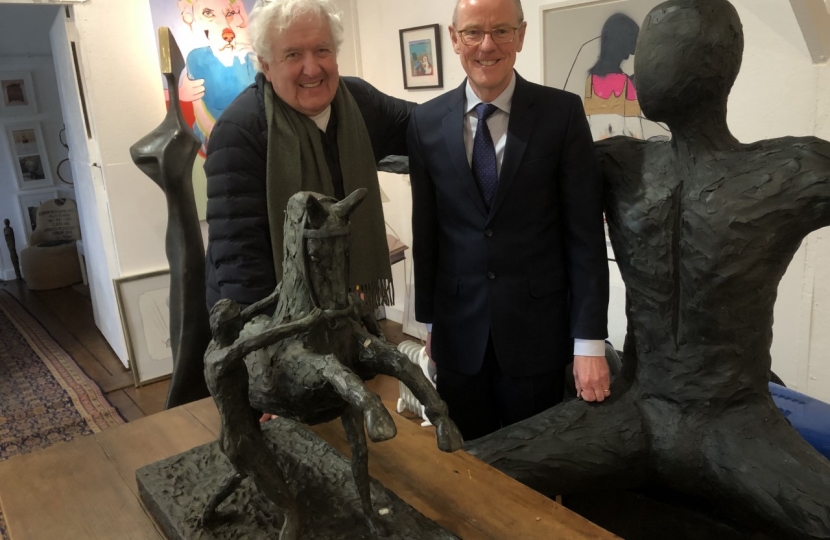 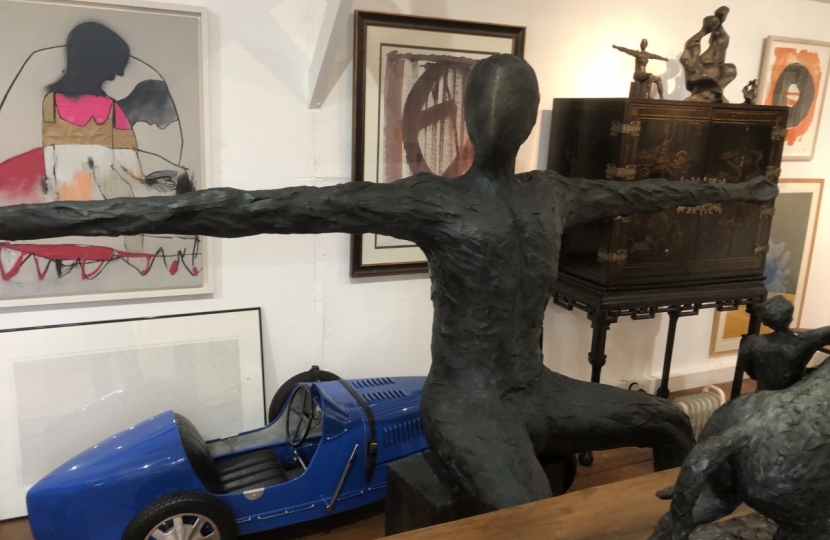 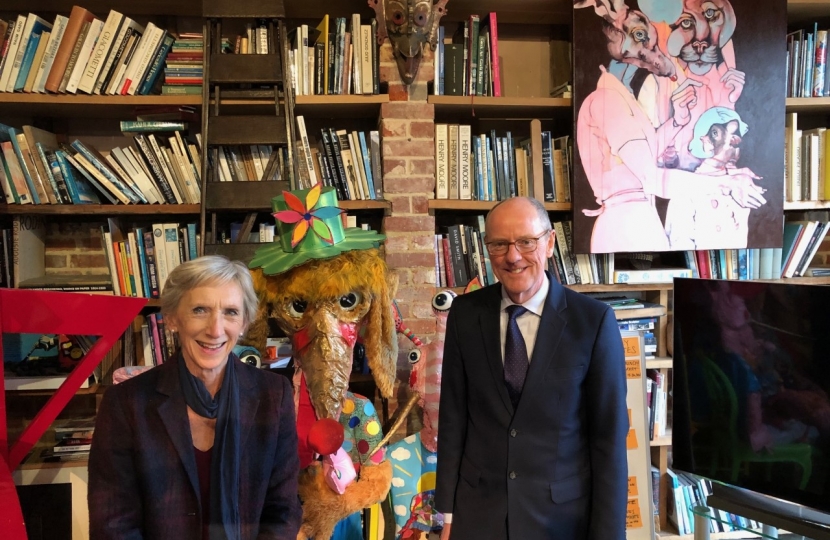 Nick Gibb went to see the studio of Dr Neil Lawson Baker in West Ashling. Neil Lawson Baker is a British artist, sculptor, photographer and author of children’s books. Before becoming an artist Neil spent a career as a dentist in London.

Nick Gibb said: “it was a pleasure to meet Neil Lawson Baker and to see first hand how an accomplished sculptor works. Neil’s children’s books ooze imagination about the animal kingdom.”

Photo 2. The sculpture “Breadth of Mankind”.

Photo 3. Louise Goldsmith and Nick Gibb in front of models of the characters in the Bowdleflodes books.