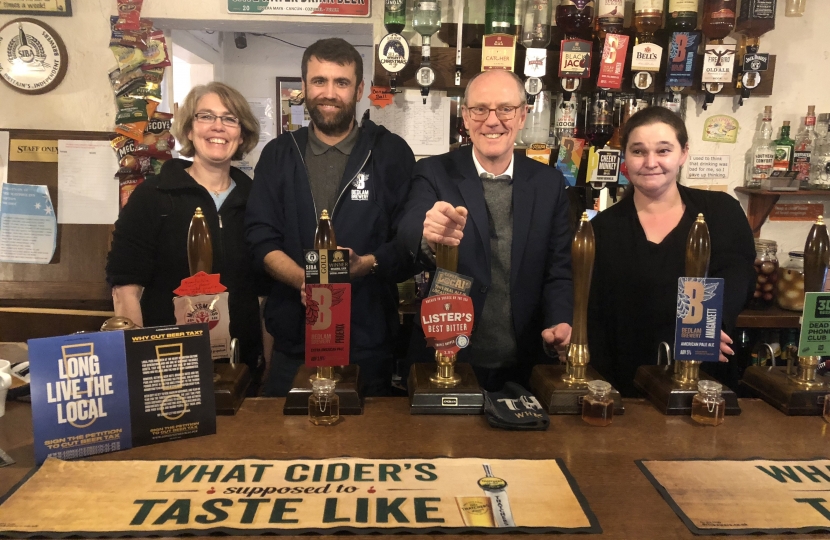 Nick Gibb visited the Maypole Inn in Yapton, “the last pub in Yapton”.

The pub was bought by Sam and Ian Smith about a year ago and is hugely popular with local and regular customers.

The visit included meeting representatives from Heineken and local brewers, Bedlam Brewery and Lister’s Brewery (based in Ford Lane, Ford) to discuss the beer duty campaign.

Nick Gibb said: “Sam and Ian Smith have taken over a friendly local pub, tucked away down rural Maypole Lane and continued its popular appeal. The welcoming atmosphere is accompanied by Sam and Ian’s policy of supplying good quality beer, particularly from local brewers and keeping prices low.

“Sam has many years of running other people’s pubs but this is the Smiths first venture into running their own business. And they have taken to it like ducks to water.”