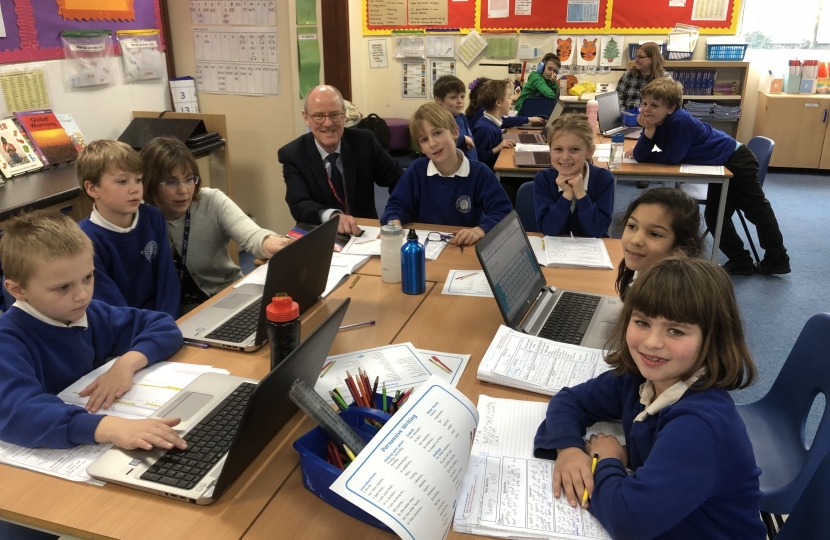 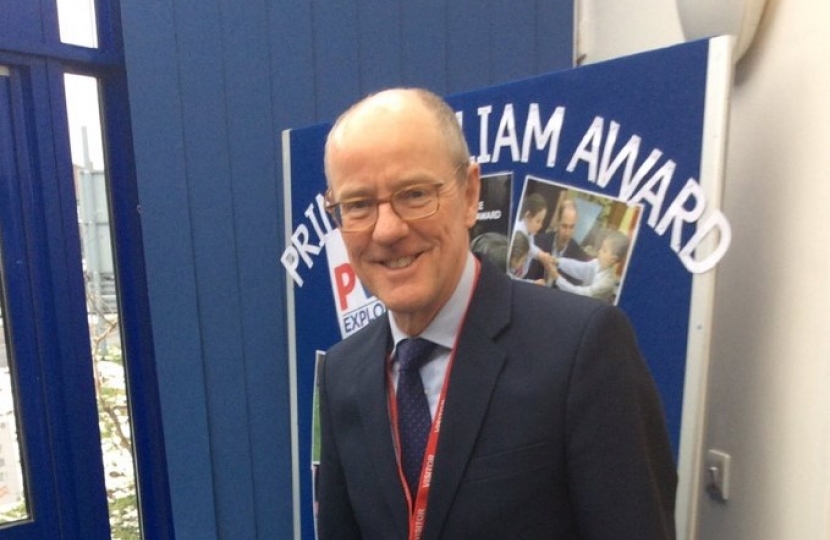 The school is rated ‘good’ by Ofsted. The school is small with just 87 pupils. The head teacher is Mrs Sarah Titley.

During the visit Mr Gibb met pupils who were taking part in the Prince William Award Scheme. The scheme helps young people to build character, resilience and confidence with the help of the education charity, SkillForce, whose  instructors have served in the British Armed Forces and who bring their experience to teach young about the importance of teamwork, resilience and self-discipline.

Nick Gibb said: “I was very pleased to be invited to visit this small rural school and to meet some of the staff and pupils. The school has a supportive and friendly ethos.

“The pupils I met were hugely enthusiastic about taking part in the Prince William Award Scheme.”