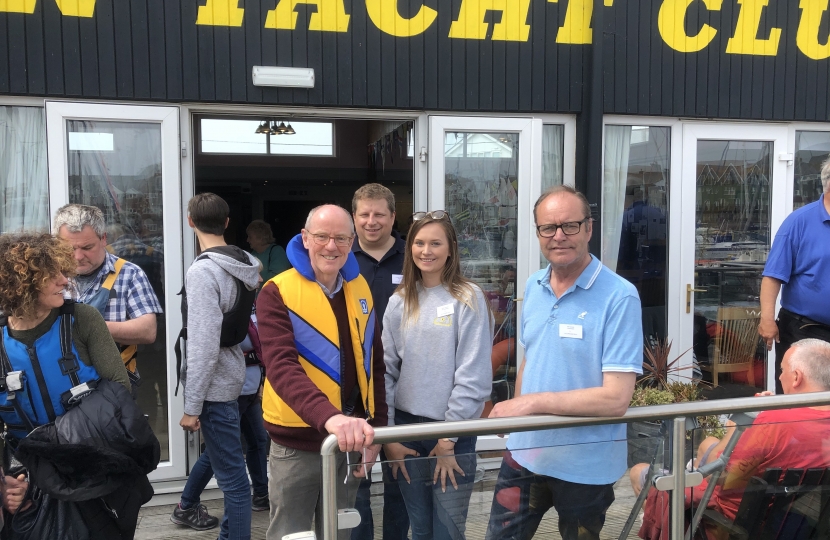 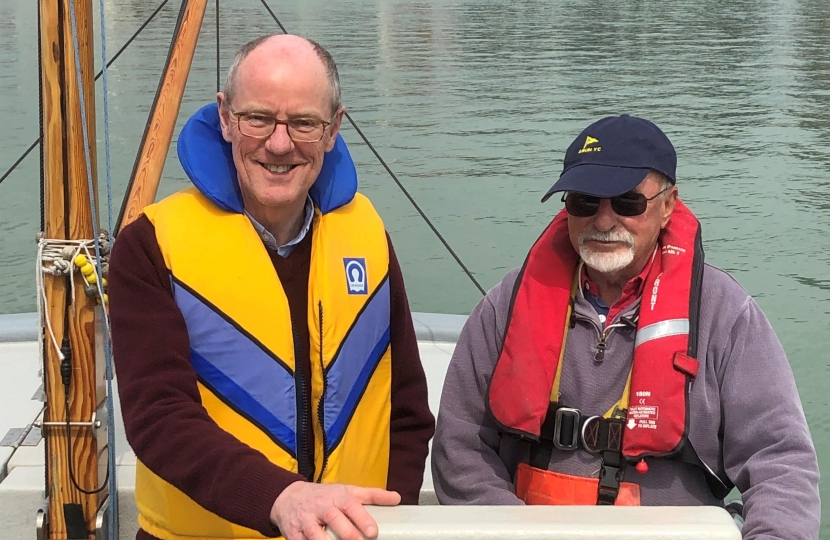 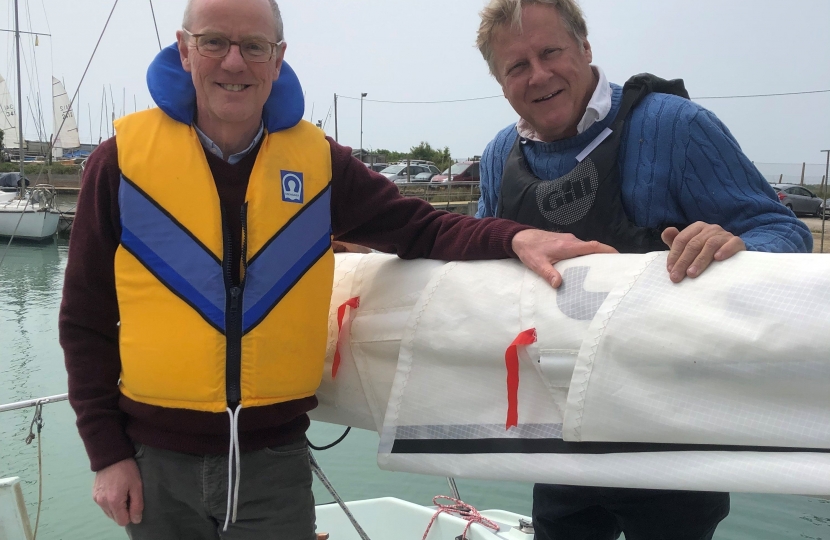 Nick Gibb MP joined sailing enthusiasts at the Arun Yacht Club Open Day at the invitation of the President of the club, David Robinson.

The Open Day was part of the national “Push the Boat Out” campaign organised by the Royal Yachting Association. There were similar events throughout the UK, in about 390 venues.

Arun Yacht Club has 400 members and aims to recruit about 50 new members as a result of Saturday’s Open Day. People who come to the Open Day are able to take a trip out to sea or along the river. Approximately 200 people were expected to attend at some point during the day (10am to 4pm).

Nick Gibb said, “Arun Yacht Club is a family friendly club for those interested in sailing. It’s for people of all levels of sailing ability, from novice to expert and in all shapes and sizes of boat.

“Saturday’s Open Day was a fun event and I enjoyed my trip on the River Arun skippered by Mick Bassett, who starred as the ‘grumpy fisherman’ in an episode of the Inbetweeners.”

2. On board: Nick Gibb with Mike Bassett

Nominations for the NHS Parliamentary Awards 2020 are now open

I want to thank every single person working in the NHS for their dedication and professionalism throughout this incredibly difficult period.