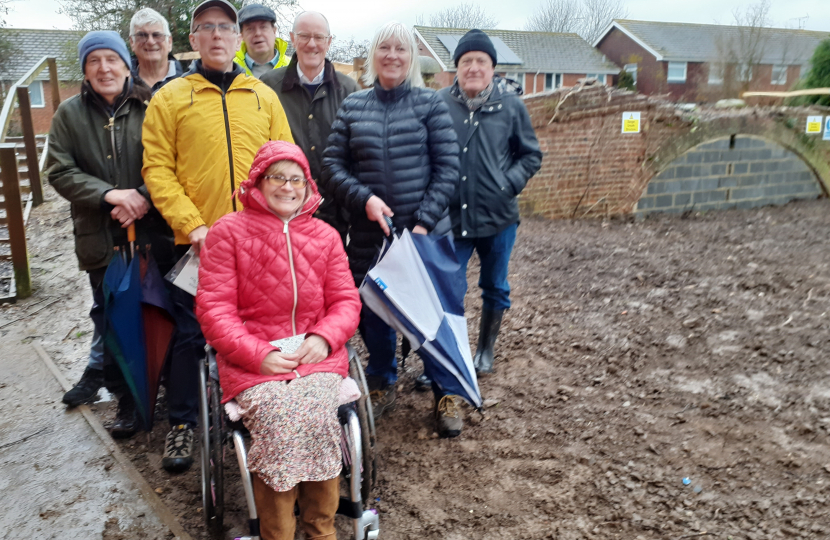 The group led by Andrew Saunders have set up a registered charity, The Burndell Bridge Society, to raise funds for the preservation of Burndell Bridge, which dates back to 1823 when it was part of an active canal joining Ford to Portsmouth.

Burndell Bridge sits on privately owned land and the bridge arch has recently been blocked up with concrete bricks.

Local residents and members of the community action group want to restore Burndell Bridge to its former glory by clearing the pathway under the bridge to allow for pedestrian access and to maintain the shrubbery that borders the bridge.

Concerned residents have been volunteering their time to pick up litter and clear foliage and are in discussions with Emerald Gardens Estate about the future of the bridge.

Nick Gibb MP said: “Burndell Bridge is an important historic building which, for the sake of future generations, we ought to do all we can to preserve. It is also a wonderful landmark that, if properly maintained, will enhance the environment.

“I wish the Burndell Bridge Society every success in their endeavours. The group is an example of what local volunteering and action can do for the benefit of the community.”