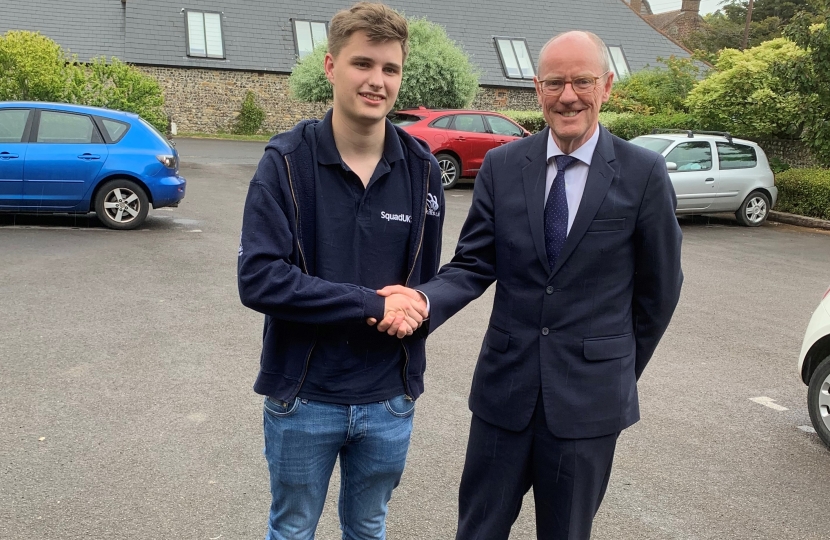 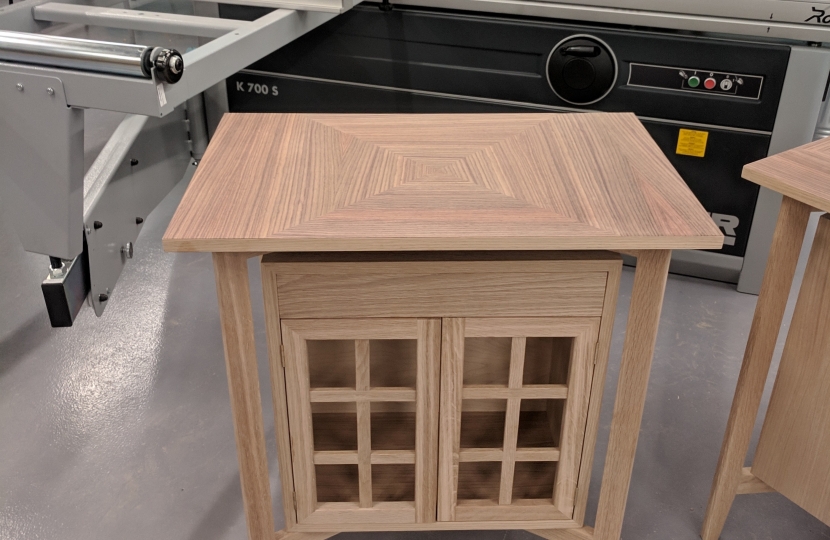 Nick Gibb MP met 20-year-old Owen Aldous, who will be representing the UK at the Skills Olympics in Kazan in Russia this August, in the category of cabinet making.

Owen was selected as a member of Team UK after excelling in the WorldSkills UK National Finals. Below is the cabinet he had to make within the hours permitted in the competition. There are 34 skills represented in Team UK. The Skills Olympics will see teams of young people from more than 60 countries competing for the right to be named the most skilled nation in the world in each of the 50 different skills categories.

The Finals take place from 22-27 August in Kazan, Russia. In the Cabinet Maker category, contestants are given timber and equipment and are told what to build. They have 22 hours over four days in which to complete the project. They are only told the details of the project one hour before the competition begins.

Owen lives in Felpham, Bognor Regis. He went to Felpham Community College and then to Chichester College. His tutor at Chichester College was Christian Notley MBE, himself a former WorldSkills Gold Medal winner and who received his MBE for services to skills education.  Chichester College is world renowned for teaching cabinet making. Owen spent 3 years at Chichester College developing the expertise he now has. He now works full time for Chichester based Callow & Co, fitting high-end kitchens. In the evenings and weekends he puts in hours and hours of training.

Nick Gibb said: “It was a privilege to meet Owen, whose commitment and energy to developing and perfecting his expertise in building beautiful cabinets is truly impressive. His drive will undoubtedly secure him a rewarding and fulfilling career. I am sure we all wish Owen every success at the Skills Olympics in Kazan this summer and hope he returns with a coveted gold medal.”