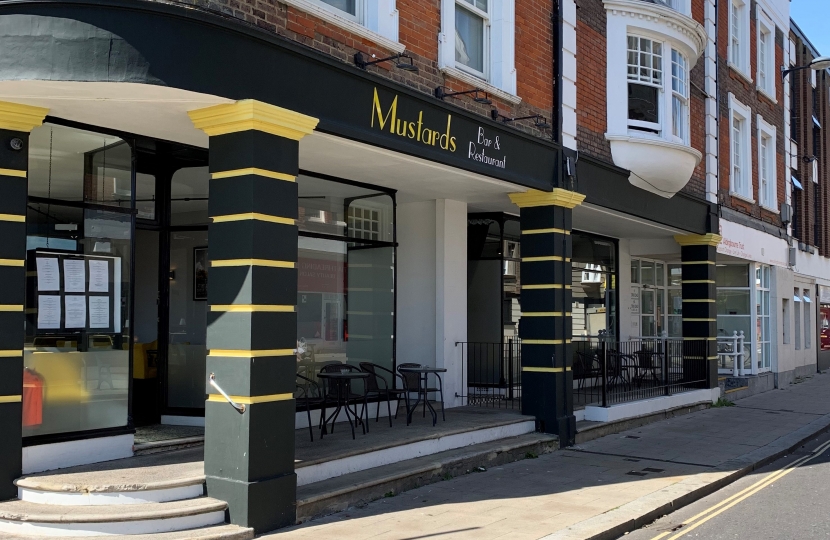 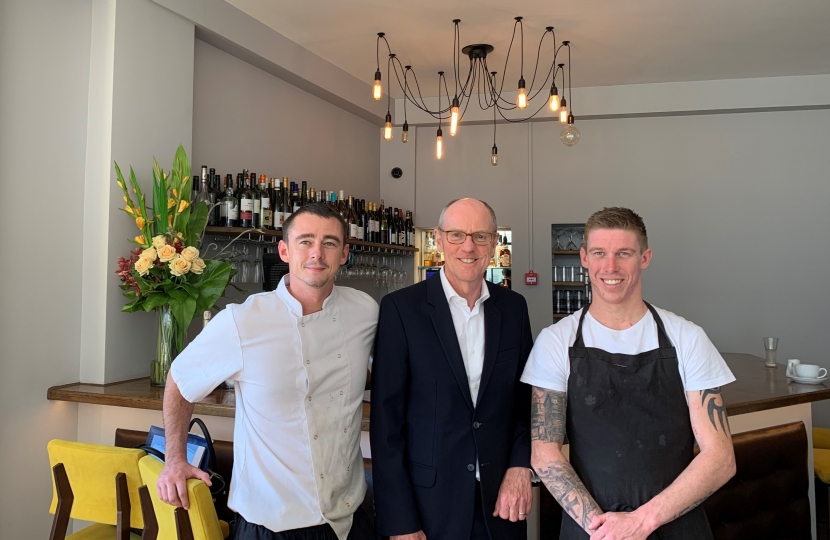 Nick Gibb MP visited Mustards restaurant in York Road, Bognor Regis, to meet the two brothers who, in October 2018, established the restaurant. Shaun and Craig Mustard have been involved in the restaurant business since leaving school.

Prior to opening their own restaurant they helped to open and run Purchases Restaurant in North Street Chichester and, before that, they had been chefs at Crouchers in Birdham.

Mustards is open seven days a week and seats up to 50 diners in the restaurant plus a further 24 in the bar area. They employ 12 people - 5 in the kitchen and 7 front of house.

Nick Gibb said, “These two young people have put their life savings into opening what is fast becoming a destination restaurant in our town. Their experience at two leading restaurants in the Chichester area meant it was inevitable any restaurant they established would be a success.

“Entrepreneurs such as Craig and Shaun Mustard work tirelessly to establish and operate their business and are hugely admirable young people. I wish them and Mustards continued success.  It’s great for Bognor Regis.”