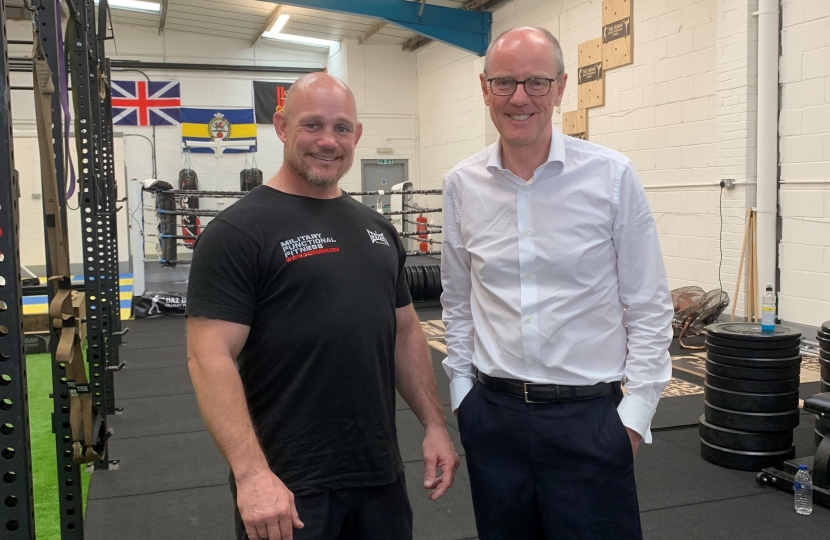 The gym was established in June this year by former Colour Sergeant, Daz Dugan.

Daz had spent 25 years in the army between 1989 and 2013, serving in the Royal Hampshire Regiment and, following the reorganisation of regiments, the Second Battalion the Princess of Wales’s Royal Regiment (known as the 2PWRR).

The gym concentrates on “functional fitness” and “functional strength” for people of all ages and abilities. Fees for the gym are £24.99 per month.

Daz Durgan was the Army boxing champion for 10 years.

Nick Gibb said: “Daz established this excellent gym with his life savings. It has great equipment for those who wish to focus on functional fitness and strength. I always admire people who set up their own businesses and risk everything because of a clear vision for a service or product people want.

“It’s great for Bognor Regis to have a gym that caters for people of all ages and abilities.”