Maths must be a priority for every school and child 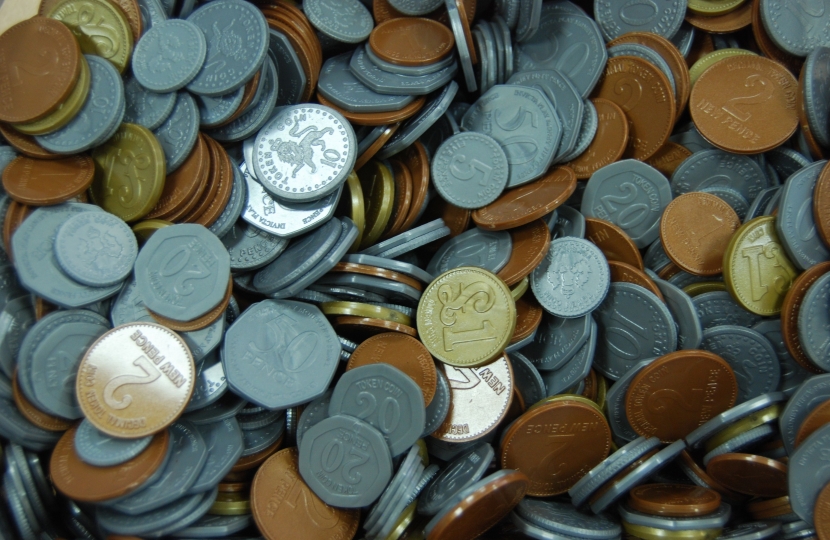 Before entering politics, I worked for 13 years as a chartered accountant. As such, I belonged to a small minority of people in England for whom it is not socially acceptable to say ‘I can’t do maths’.

Sadly, for many others in this country, such a claim is commonplace.

According to the international PISA tests carried out every three years by the OECD, 22 per cent of fifteen year olds in this country are functionally innumerate. This means they are unable to carry out simple tasks such as recognising that travelling 4km in 10 minutes means going at the same speed as travelling 2km in five.

The PISA survey which produced those results was carried out in 2012, on a generation of children educated under successive Labour governments.

They were let down by political leaders who failed to understand the importance of ensuring all children mastered the basics of arithmetic in primary school, and didn’t appreciate the impact this would have on their secondary school education, and the rest of their lives. And they let England stagnate in international league tables, while other countries surged ahead.

For the most part, outcomes in maths are low for many pupils in this country not because of bad teachers or bad schools, but because of bad ideas: chief amongst them, the romantic belief that the basics can be taken out of mathematics and the learning can remain.

Too many of these ideas were allowed to proliferate unchecked and unchallenged by a succession of Labour education secretaries.

That wasn’t acceptable, and it is why we have made it our cause to relentlessly focus on raising standards for all, and make sure that every child gets the core skills they need to get on in life. And we have seen encouraging progress, with 1.4 million more children in good or outstanding schools.

I am fortunate that in my role as Minister for Schools I meet inspirational teachers all of the time. One of the most inspiring has been Bruno Reddy. As head of mathematics, he helped found King Solomon’s Academy in 2009.

As a maths specialism school, it developed a mathematics curriculum which focuses on depth before breadth, and pupils practice their times tables on a daily basis through his brilliant ‘Times Tables Rockstars’ programme.

Today, I am meeting pupils and teachers at Elmhurst Primary School in Newham, East London, which has achieved maths results way above the national average; celebrating the renaissance in maths teaching that is taking place in our schools.

They are proof that we are on the way to revolutionising the way maths is taught and an example of the high standards we want in our classrooms.

In the school’s most recent results, 82 per cent of its pupils gained an A*, A or B GCSE in maths, and 95 per cent at C or above – an astonishing achievement for any school, let alone an inner-city school with a proportion of disadvantaged pupils around three times the national average.

This Government is committed to set the bar this high for every child, in every school, with educational excellence everywhere.

An increasing number of schools are showing what can be achieved when expectations are raised. The challenge now is making sure that the approach to maths that characterises the best of our schools is spread across the country.

To help achieve such an aim, this government has pledged to introduce a computerised times table check for all Year 6 pupils at the end of primary school. And our revised secondary curriculum and new specifications for GCSEs, A-levels and post-16 study programmes maintain a strong focus on English and maths, to ensure that children and young people get the skills they need.

The maths teacher and education blogger Andrew Old has written in support of the Year 6 multiplication check. As he writes, it takes a second to simplify 49/84, without even having to think about it, if you know your seven times tables. If you don’t, the frustration of trial and error is the only alternative.

We know maths is not only vital in everyday life, whether you are running your own business or trying to choose the best mortgage, but that it can also open the door to a range of exciting and rewarding careers.

That’s why we’re encouraging more young people to study it, and have placed extra emphasis on maths at primary school. And we are proud that the number of A level entries in maths has increased by 18,000 since 2010, meaning it is now the most popular A level choice.

The result of this is more pupils learning the skills and knowledge they need to thrive in modern Britain and compete against their international peers for jobs.

We were right to reform the curriculum and to focus on building a country where mass innumeracy is a thing of the past, where all pupils – not just the future accountants – know they have it within them to ‘do maths’.