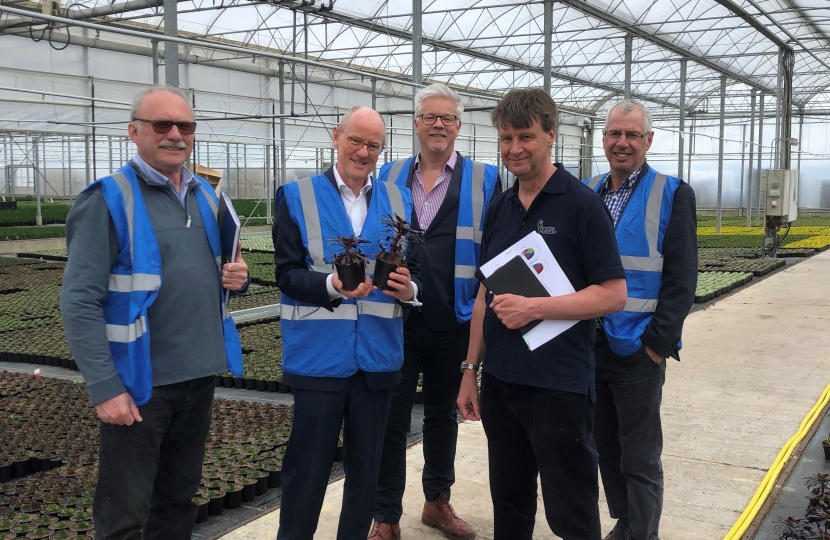 Binsted Nursery grows 96 varieties of herbs for garden centres throughout the UK. They also grow “succulents” (lower water use flowers), and flowers from bulbs.

The three Tristram Plants nurseries (Binsted, Walberton and Fleurie) own 80% of the Farplants Cooperative which also includes Toddington Nursery near Barnham.

The Farplant Cooperative nurseries together supply garden plants and herbs to garden centre retailers and have a collective turnover of £20 million.

On the Binsted site there are 3.5 acres of reservoir, which holds 20,000 cubic metres of water, making the site self sufficient in water.

Nick Gibb said, “Horticulture remains a hugely important sector of our local economy in this part of West Sussex, and ornamental horticulture in particular.

“Across the country as a whole, ornamental horticulture (plants and flowers) contributes over £24 billion to the UK economy.”

The potted plant is an “Aeonium Schwarzkopf”.