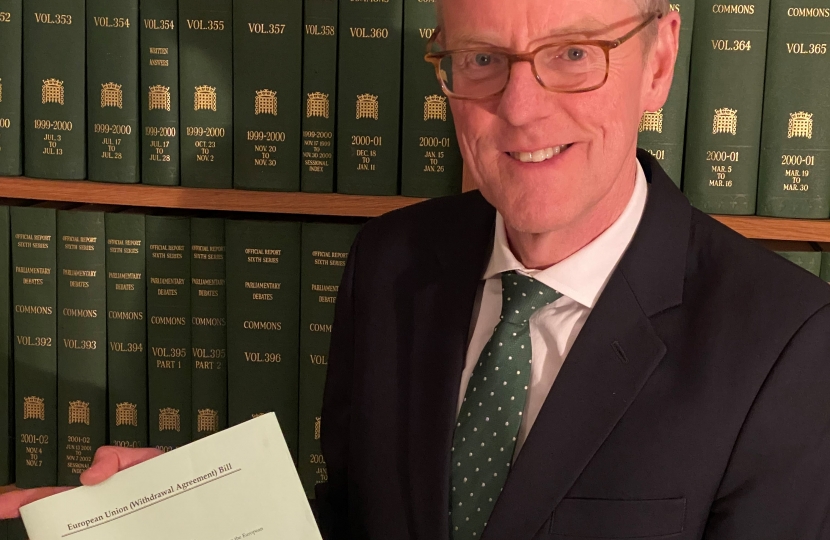 The European Union (Withdrawal Agreement) Bill passed its Third Reading in the House of Commons on Thursday 9th January, with a majority of 99 votes (330 votes for the Bill, 231 votes against). Nick Gibb MP's vote was one of the 330 votes in favour of the Bill.

It now goes to the House of Lords this week.

Nick Gibb said: “Thursday was an historic day. The House of Commons voted to implement the decision of the British people in 2016 that the UK should leave the European Union. At the General Election last month it was clear from almost everyone I spoke to on the doorstep, that they just wanted Parliament to deliver the Brexit the people voted for. The House of Commons did that on Thursday and I now hope and expect the House of Lords to do the same over the next two weeks.”