Cutting the Pagham Spit at last 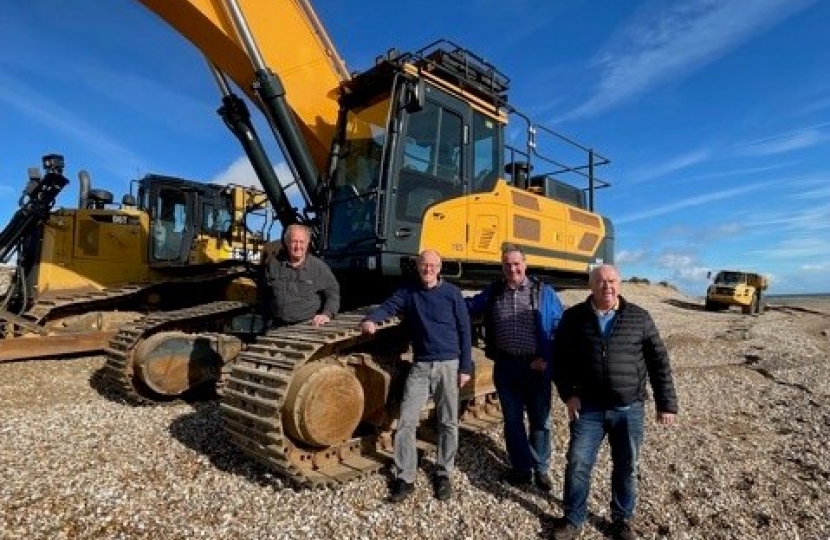 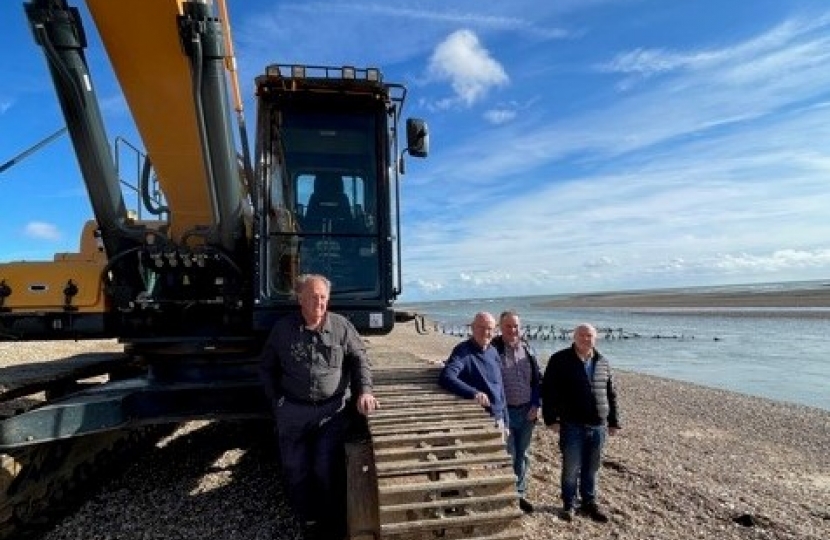 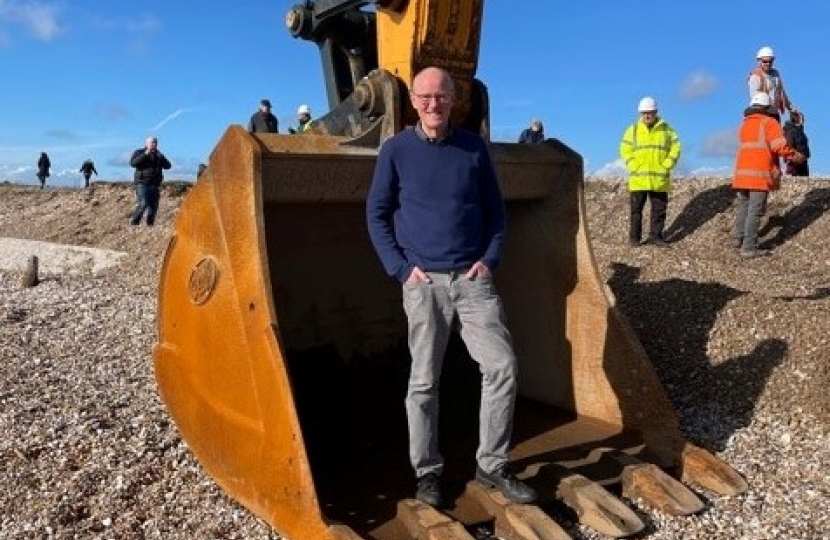 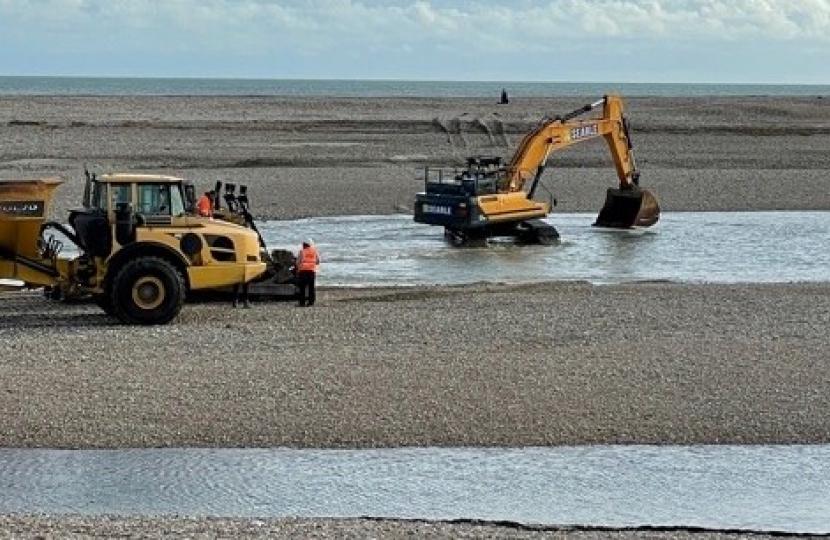 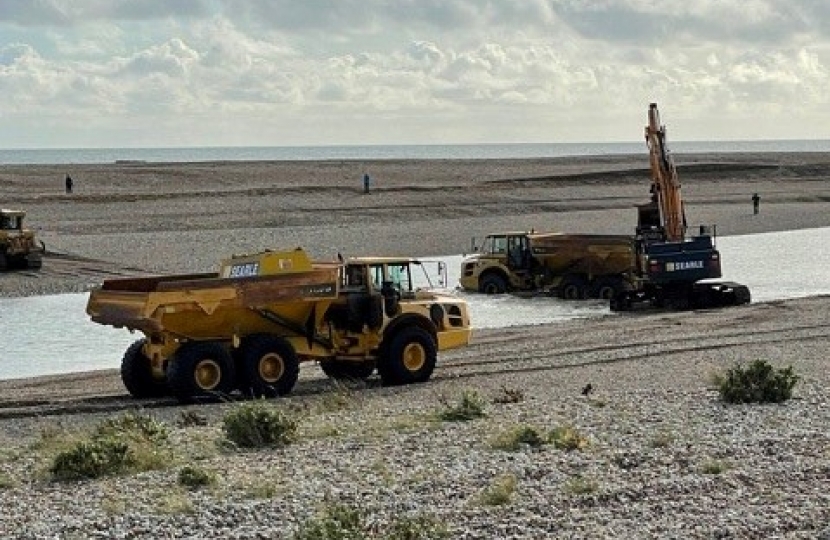 This weekend marked an historic moment in the years’ long battle to cut through the Pagham Spit and thereby reduce the hugely damaging impact of tidal water scouring the shingle beach, threatening scores of homes on the Pagham sea front.

The latest stage in the battle to cut the Spit has been several months of detailed negotiations on behalf of the local community led by Robin Henderson (local resident and volunteer technical adviser to the Pagham Flood Defence Trust). These negotiations have been held with the key organisations responsible for issuing planning permission and the necessary licences. In recent weeks this culminated in daily meetings organised and chaired by MP Nick Gibb, with all the key players necessary for delivering those permissions and licences. The urgency was driven by the necessity to start the work in October, before the winter season. The key players were: Arun District Council, Chichester District Council, Natural England, the Environment Agency and Natural England.

On Saturday morning, Nick Gibb, together with Robin Henderson and Alastair Tindle (consulting engineer in charge of the project) visited the site to witness the excavators, bulldozers and dump trucks move onto the Spit at low tide.

Two 360 excavators - one 50 ﻿tonnes and one 40 tonnes - together with a D6 bulldozer and two 40 tonne dump trucks drove along Pagham Beach and through the channel onto the Spit.

Nick Gibb said, “The Pagham community has been clear from the start that cutting a channel through the shingle Spit at the mouth of the harbour is the only way to prevent the scouring of Pagham beach that is threatening people’s homes. At last that work is happening.

“We all owe a huge debt of gratitude to Robin Henderson whose tireless drive to secure the licences has allowed the work to cut the Spit.

“And we owe the local community thanks for raising significant sums of money to pay for the work and the technical advice, particularly the Pagham Flood Defence Trust. And the legacy left by the late Ray Radmall who committed his life to tackling this problem. Thanks are also due to Bourne Leisure owners of the Church Farm Holiday Park.

“In my view it was essential the work was carried out this year and we didn’t have to wait yet another year with all the risks that another winter of storms would bring to properties on the sea front. I’m delighted that bringing together all the relevant authorities in daily Zoom meetings has meant that action can be taken this year and that work has now started. Protecting people’s homes has been and remains the key priority. It is a very exciting and important moment for the Pagham sea front community.”

Photo 3: Nick Gibb standing in the ‘bucket’ of the 50 tonne excavator.

Photo 4: the 50 tonne excavator testing the depth of channel between the shore and the Spit at low tide on Saturday 30 October

Photo 5: one of the two dump trucks crossing the channel to the Spit