The Cabinet should act to solve Britain's leadership crisis 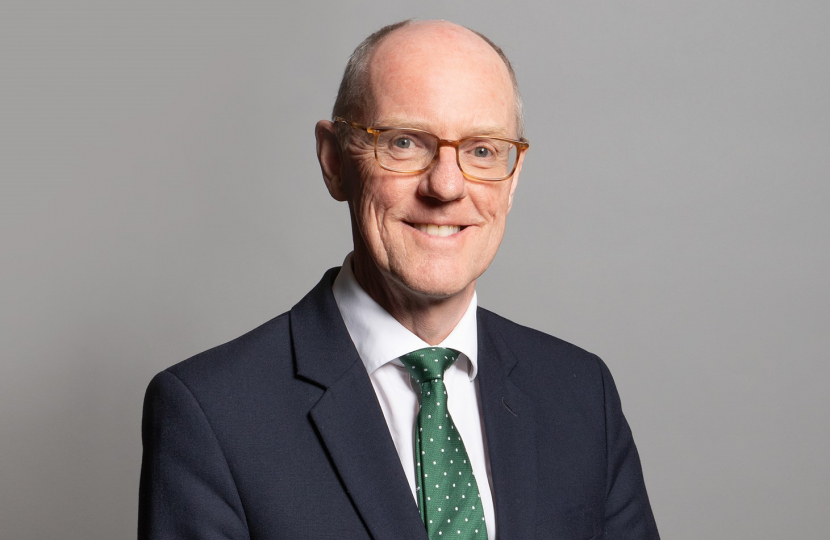 As the country faces enormous challenges, our political system has reached breaking point. The Prime Minister has lost the trust of voters and of many Conservative MPs (including me) and Parliament appears to lack the ability, or perhaps even the will, to ensure that MPs abide by codes of behaviour that are taken for granted in every other workplace.

Stories of drug taking and inappropriate behaviour in parliament are almost commonplace, and we seem incapable of providing protection to young people who want to work in politics from unwelcome and predatory behaviour. The Independent Complaints and Grievance Scheme is clearly not working. Parliament’s HR practices are outdated, providing insufficient support for Parliamentary staff or MPs. The Palace of Westminster is unsafe, infested by rats and mice and in desperate need of rewiring and asbestos removing. But we lack the determination and courage to make a decision to rebuild.

We have to do better. And, because in our democracy we operate under a party system, we must start by ensuring that the Conservative Party can provide the leadership our country needs.

In December 2019 the Conservative Party secured a mandate for change. The Prime Minister’s charisma and campaigning skills, and his promise to lead a government that would level up the country and seize the advantages of Brexit, gave Britain hope.

As 2020 began nobody anticipated the scale of the challenge that Covid-19 would place on Whitehall. A once in a generation event consumed the Government, which understandably meant that plans for reform were put on hold. The furlough scheme and the vaccine taskforce were genuinely innovative and world leading responses for which the Prime Minister and the Chancellor deserve great credit. Yet, while the country followed the Prime Minister’s instruction to stay at home, there were parties in Downing Street. Those who made the laws did not follow them and, when confronted about this behaviour, Parliament and the country were misled.

The Government has lost its focus. Every decision seems to be about keeping enough Conservative MPs on the Prime Minister’s side, and increasingly, it seems, with little regard for what is right or what is true. Meanwhile the real problems mount: inflation soaring beyond 10 per cent, economic growth the lowest in the G7, and whilst our doctors and nurses do heroic work, the administration of the NHS is worse than ever. In my area there’s a shortage of GPs, it’s virtually impossible for new residents to find an NHS dentist and constituents are losing their holidays while waiting for a new passport.

It is no wonder that the hopes of Christmas 2019 have turned to cynicism. I don’t underestimate Boris Johnson’s role in winning the last election, but nor do I overestimate the damage his leadership is now doing to my party and to the country. The latest polls show Labour’s lead is widening, despite a lack of enthusiasm for Keir Starmer’s leadership. Conservatives should not underestimate Labour’s threat under Starmer, nor the even greater danger of Labour under a new leader.

We can’t go on like this. Four weeks ago, the Conservative Party had an opportunity for a fresh start. Some 148 Conservative MPs voted for change and I know that many more were tempted to do so. Political journalists tell us that a combination of promises of jobs, honours, spending on pet projects – all made with a wink and a nod in the age old ways of Westminster – was enough to save the Prime Minister’s job. Surely, it won’t be enough for long.

As a minister it’s easy to think of reasons why you should keep your head down and back the Prime Minister. No one easily gives up a position they love or the opportunity to take big decisions.

In their hearts many Cabinet ministers must know that the Prime Minister’s leadership is damaging. I hope that collectively or individually they will now summon the will to act in the interests of the country and our party.

Just as it is time for leadership from the Cabinet, so too it is time for the mysterious “usual channels”, which include the party Chief Whips, the Leader of the House and the Speaker, to move with much greater urgency to tackle unacceptable behaviour, to reform working practices and renew the fabric of Parliament.

I believe that almost every Member of Parliament is a good person who came into politics to make the country a better place. Few if any of us became MPs simply to climb the greasy pole or to enjoy the trappings of office. We chose public service to do the right thing for the country and to protect and enhance our democracy. It’s time for us all to act.

In the United States, confidence in government by the people for the people is shattering. This is in large part because of the timidity of the Republican Party in failing to challenge Trumpian ideology. In this country, the Conservative Party must take the lead in excising the rot that is infecting our politics, not just to give us a chance of winning the next election but, more importantly, to restore decent values and behaviour, protect our democratic institutions and to renew public confidence in our politics.

This article appeared in the Telegraph on 5 July 2022.  You can see the original article here.