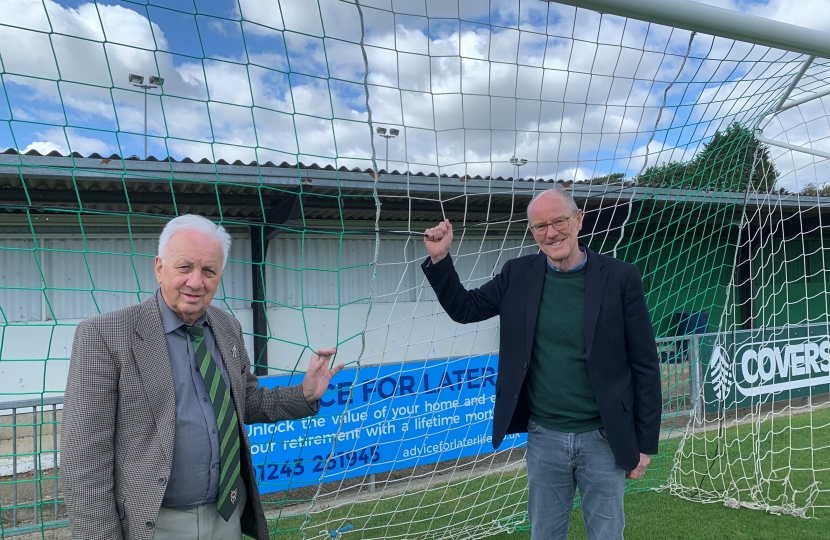 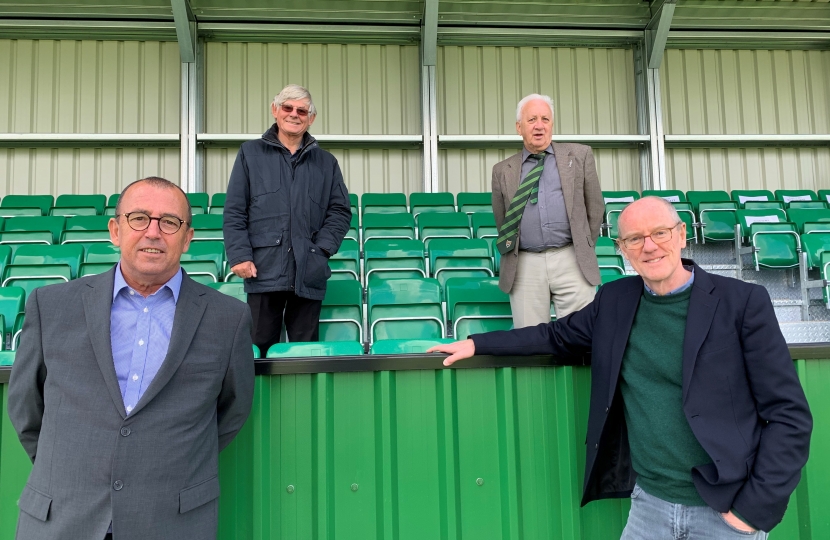 We discussed the new stand the Club has built and the challenges that the Covid restrictions have presented, which with crowd funding and some, albeit restricted, gate income together with government support schemes, the Club is managing to get through this period successfully.

As well as its semi-professional first team, the Club also has 30 youth teams for youngsters from the age of 6 to 18, girls and women’s teams and a veteran’s team. The Club also has two walking football teams.

Over the lockdown period, the Club pressed ahead with its project to build a new one-third of a million pounds stand, with 367 seats.

Its next home fixture in the Isthmian League is against Carshalton FC on Tuesday 6 October. Currently Covid social distancing rules allow the Club up to 600 supporters to watch any given match.

Nick Gibb said, “The Rocks is an important local football club with strong support in the town. Its 30 youth teams provide wonderful opportunities for football-mad children and young people to hone their skills and maybe make it into the professional game one day. We all wish the Club a successful season.”