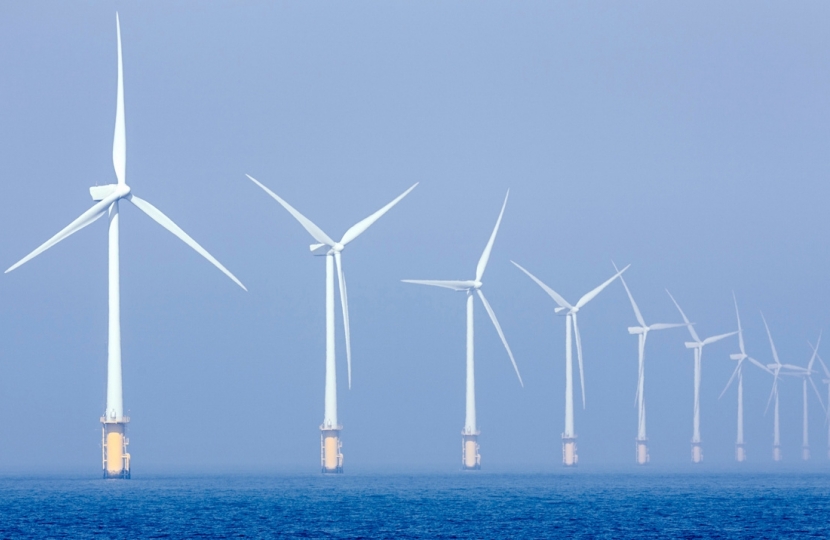 The project has been put forward by RWE and would see the construction of up to 116 additional turbines standing at 325 metres tall, almost two and a half times bigger than the existing turbines.

The expansion of the existing wind farm would involve the construction of a 22-mile onshore cable corridor, up to 50 metres wide, running through Clymping beach and cutting diagonally through a large swathe of the South Downs National Park to a new sub-station at Bolney.

In 2016, the UK Government’s Offshore Energy Strategic Environmental Assessment recommended that wind farms should be at least 25 miles from a National Park. The proposed expansion, however, would be only 10 and a half miles from the South Downs National Park boundary. The wind farm would be no further from the shore than the existing turbines at a minimum of 8 miles.

Badly planned wind farms have the potential to cause unnecessary onshore and offshore harm and damage the local economies of seaside towns along the South coast.

“Offshore wind power is already playing a valuable role in our journey to Net Zero; however, with plenty of capacity available at sites with more reliable wind in the North Sea, I am unconvinced that West Sussex is the best place for such a large wind farm expansion.

“In particular, I share the concerns of local residents that creating a second onshore cable corridor is unnecessarily disruptive, cutting across ancient-woodland and prime farmland. The South Downs National Park rightly has the highest degree of protection in law and has been bisected by cables once already.”

“I support the Government’s aim for the UK to be a world leader in renewable energy and the Government’s ambitious programme to tackle climate change, but this stretch of the West Sussex coastline is an inappropriate location for such a large wind farm. The English Channel is too narrow to enable the turbines to be positioned far enough out to sea to be acceptable. This proposal does not, therefore, comply with the Government’s recommendations for offshore wind farms of this size.

“The visual impact of the turbines on our outstanding seascape would be hugely damaging, particularly to tourism, which is an important employer in Bognor Regis and Littlehampton. There are far better alternatives for wind farm expansion, for example at Dogger Bank in the North Sea.”

RWE opened their formal public consultation period on 14 July 2021 and which will close on 16 September 2021. Local residents are encouraged to submit their comments about the Rampion 2 proposal.

I have received a number of emails and letters from constituents concerned about the shortage of NHS dentists in Bognor Regis and Littlehampton.